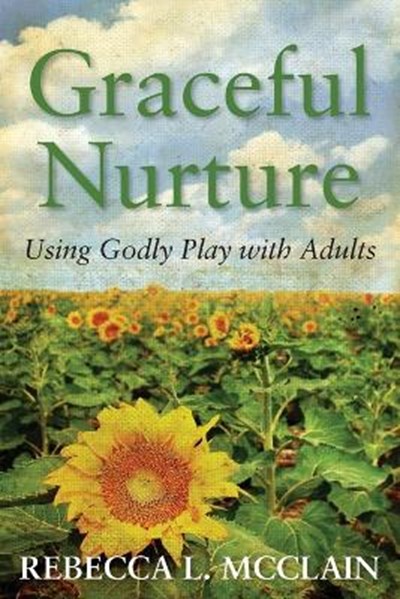 Join now Find out more
Publisher: Church Publishing Inc
ISBN: 9780898699678
Number of Pages: 128
Published: 01/06/2017
Width: 15.2 cm
Height: 22.8 cm
Description Author Information Reviews
Graceful Nurture, written by Rebecca McClain, a long-time "Godly Player" and member of the Godly Play Foundation Board, presents the case for the use of Godly Play with adults. Rebecca lays out four creative "courses" for adults: The Heavenly Banquet -- for preparing adults for baptism, confirmation, and reaffirmation of vows (12 weeks); Dessert Only -- for preparing families who are beginning Godly Play; Slow Cooking -- a Godly Play retreat weekend; and Coffee and Cream -- using Godly Play on Sunday Mornings (12 weeks). Requiring the use of lessons from the Complete Guide to Godly Play (which are NOT included in the book), Graceful Nurture offers background on Godly Play, including why and how to use it with adults, and in depth notes and suggestions for 12 key Godly Play lessons, including how to adapt them for an adult audience. The four "courses" all build on these 12 lessons.

Rebecca L. McClain is a lifelong member of the Episcopal Church and was ordained in 1985. McClain has served as priest at the congregational, diocesan, and national levels and recently retired after completing her responsibilities as Interim Dean of Saint Paul's Cathedral in San Diego, California. In every role and position, her life and work has been shaped by the conviction that all creation is holy and every human being is beloved of God. Through the lens of Jesus, she strives to see as God sees and seeks to serve as an agent of God's love. In retirement, McClain continues to serve as a consultant to congregations in transition and those engaged in strategic planning. She is a founding board member of the Godly Play Foundation.