Renaissance Redneck In A Mega-Church Pulpit 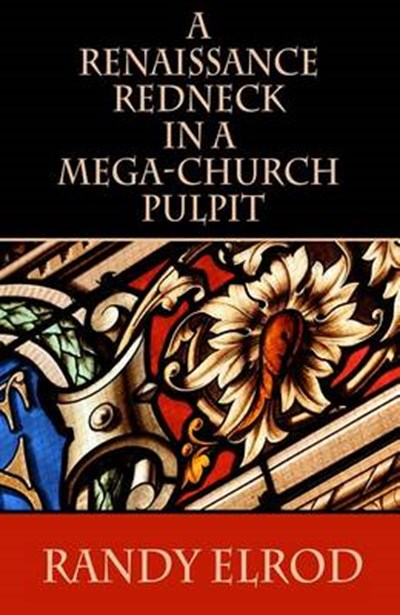 Renaissance Redneck In A Mega-Church Pulpit

Publisher: Carpenter's Son Publishing
ISBN: 9780991471522
Number of Pages: 234
Published: 05/02/2014
Width: 13.9 cm
Height: 21.5 cm
Description Author Information Reviews
From bellbottoms and Bible camp to a career center stage, this beautifully written, heartfelt memoir, written in the style of Mark Twain, is both a coming of age and American success story. The first person in his family ever to graduate high school, Elrod made the unprecedented decision to leave his redneck region behind-the coalmines and poverty of Appalachia-and seek, instead, something more from life. Early musical success enabled him to explore the world in renaissance meccas such as Paris, Rome, Florence, and Barcelona. He also served as the Music and Arts Pastor at two of the most influential American mega-churches. Still, with each new accomplishment, he felt even more unfulfilled. After three decades of performing for tens of thousands, a growing disillusionment with the church, and life-altering circumstances, he stepped off stage. Returning home to pick up the pieces of a shattered life, he discovered what had been missing all along. Hilarious and irreverent, the characters and tales are as unforgettable as they are entertaining. So pull up an easy chair, grab a glass of wine, a shot of moonshine-or if you're Baptist-some sweet tea, and get ready to laugh out loud and perhaps shed an empathic tear.

Randy Elrod is described by his friends as a Renaissance Man. He is an artist, musician, speaker, and mentor. An ordained minister, for twenty-nine years, he served as Pastor of the Arts at two of the most influential mega-churches in the world. A native Tennessean, he currently lives outside Nashville.