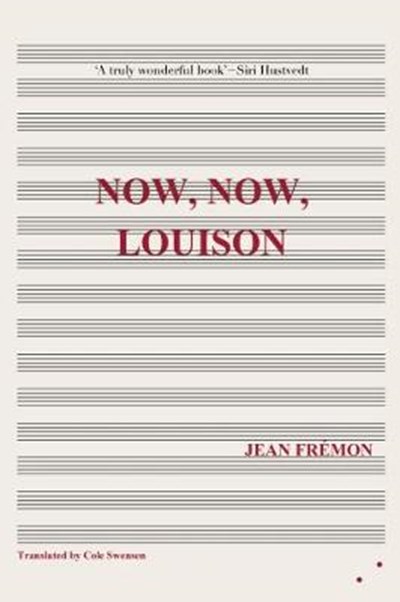 QTY
Add to Basket
Publisher: Les Fugitives
ISBN: 9780993009389
Number of Pages: 128
Published: 24/09/2018
Width: 12 cm
Height: 18 cm
Description Author Information Reviews
Progressing by image and word associations, Fremon evokes Bourgeois's history and inner life, bringing a sense of fascinating and moving proximity to the internationally renowned artist... The art world's grande dame and its shameless old lady, who spun personal history into works of profound strangeness, speaks out with her characteristic insolence and wit, and comes to vibrant life again through the words of a most discrete, masterful writer. From her childhood in France to her exile and life in America, to her death; her relationships to her family and her young assistant, her views on landmark male artists, the genesis of her own work... through the moods, barbs, resentments, reservations and back, at full speed - this is a phosphorescent account of Bourgeois's life, as could only be captured by the imagination of one artist regarding another.

Jean Fremon has been contributing to a trans-genre tendency in contemporary French letters since 1969. The president of the Galerie Lelong by day, and a writer by night, he has published over twenty books in France, including poetry (translated by Lydia Davis et al.), fiction and essays on art. His work has been translated into Spanish, German, Norwegian and Turkish. His poetry has received praise from John Ashbery, Paul Auster and Rosemarie Waldrop.Some of the artists with whom he has worked the most closely include Antoni Tapies, Donald Judd, Jannis Kounellis, Sean Scully, David Hockney and Louise Bourgeois. In 1985, he commissioned Louise Bourgeois's first European exhibition. Thirty years later, he organised her last, which she curated, at the Maison de Balzac in Paris. Now, Now, Louison is his first book published in the UK.