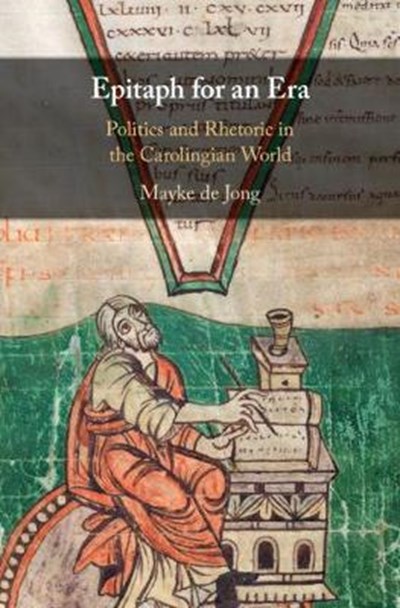 eBook FAQ
Add to Basket
Publisher: Cambridge University Press
ISBN: 9781107014312
Number of Pages: 284
Published: 30/05/2019
Width: 15.6 cm
Height: 23.4 cm
Description Author Information Reviews
Wala, abbot of Corbie, played a major role in the rebellions against Emperor Louis the Pious, especially in 830, for which he was exiled. Radbert defended his beloved abbot, known to his monks as Arsenius, against accusations of infidelity in an 'epitaph' (funeral oration), composed as a two-book conversation between himself and other monks of Corbie. Whereas the restrained first book of Radbert's Epitaphium Arsenii was written not long after Wala's death in 836, the polemical second book was added some twenty years later. This outspoken sequel covers the early 830s, yet it mostly addresses the political issues of the 850s, as well as Radbert's personal predicament. In Epitaph for an Era, an absorbing study of this fascinating text, Mayke de Jong examines the context of the Epitaphium's two books, the use of hindsight as a rhetorical strategy, and the articulation of notions of the public good in the mid-ninth century.

Mayke de Jong taught Medieval History at the Radboud Universiteit Nijmegen and Universiteit Utrecht, The Netherlands from 1987 until her retirement in 2016. She has been a Fellow of the Netherlands Institute for Advanced Study, Visiting Fellow Commoner at Trinity College, Cambridge, and a Member of the Princeton Institute for Advanced Study. Since 1999, she has been a Corresponding Fellow of the Royal Historical Society. Publishing widely on the interface between religion and politics in the early Middle Ages, her works include In Samuel's Image (1995), Topographies of Power in the Early Middle Ages, edited with Frans Theuws and Carine van Rhijn (2001) and The Penitential State (Cambridge, 2009).