The Roman Catholic Church in the English-Speaking World, 1829-1914 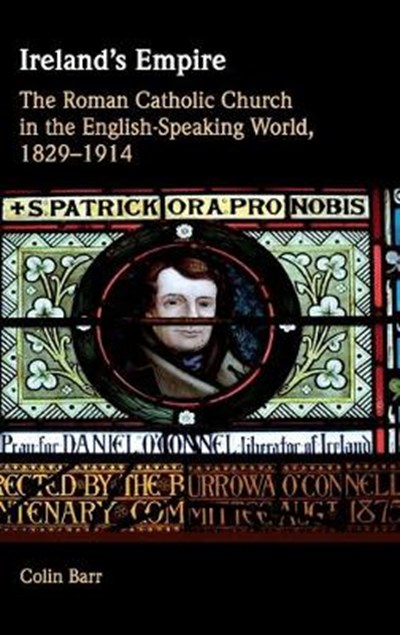 The Roman Catholic Church in the English-Speaking World, 1829-1914

eBook FAQ
Add to Basket
Publisher: Cambridge University Press
ISBN: 9781107040922
Number of Pages: 580
Published: 16/01/2020
Width: 15.8 cm
Height: 23.5 cm
Description Author Information Reviews
How did the Irish stay Irish? Why are Irish and Catholic still so often synonymous in the English-speaking world? Ireland's Empire is the first book to examine the complex relationship between Irish migrants and Roman Catholicism in the nineteenth century on a truly global basis. Drawing on more than 100 archives on five continents, Colin Barr traces the spread of Irish Roman Catholicism across the English-speaking world and explains how the Catholic Church became the vehicle for Irish diasporic identity in the United States, Australia, Canada, South Africa, New Zealand, Newfoundland, and India between 1829 and 1914. The world these Irish Catholic bishops, priests, nuns, and laity created endured long into the twentieth century, and its legacy is still present today.

Colin Barr is Senior Lecturer in the School of Divinity, History and Philosophy at the University of Aberdeen. He is the author of several books on Irish history, including Paul Cullen, John Henry Newman, and the Catholic University of Ireland, 1845-1865 (2003), The European Culture Wars in Ireland: The Callan Schools Affair 1868-81 (2010) and is co-editor of Nation/Nazione: Irish Nationalism and the Italian Risorgimento (2013), with Michele Finelli and Anne O'Connor, and Religion and Greater Ireland: Christianity and Irish Global Networks, 1750-1950 (2015), with Hilary M. Carey.