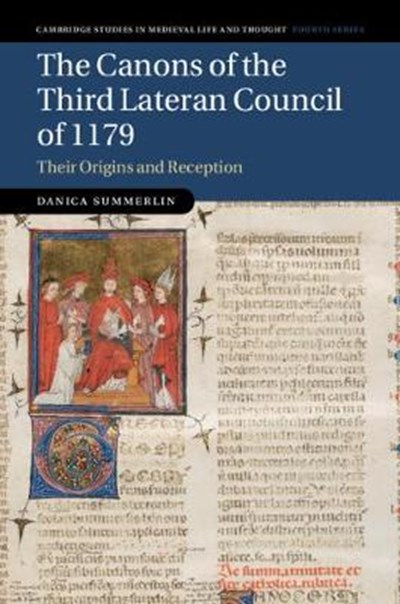 eBook FAQ
Add to Basket
Publisher: Cambridge University Press
ISBN: 9781107145825
Number of Pages: 310
Published: 28/11/2019
Width: 15.8 cm
Height: 23.5 cm
Description Author Information Reviews
Alexander III's 1179 Lateran Council, was, for medieval contemporaries, the first of the great papal councils of the central Middle Ages. Gathered to demonstrate the renewed unity of the Latin Church, it brought together hundreds of bishops and other ecclesiastical dignitaries to discuss and debate the laws and problems that faced that church. In this evaluation of the 1179 conciliar decrees, Danica Summerlin demonstrates how these decrees, often characterised as widespread and effective ecclesiastical legislation, emerged from local disputes which were then subjected to a period of sifting and gradual integration into the local and scholarly consciousness, in exactly the same way as other contemporary legal texts. Rather than papal mandates that were automatically observed as a result of their inherent papal authority, therefore, Summerlin reveals how conciliar decrees should be viewed as representative of contemporary discussions between the papacy, their representatives and local bishops, clerics, and scholars.

Danica Summerlin is Lecturer in Medieval History at the University of Sheffield where her research focuses on the role of canon law in government and society in the central Middle Ages. She is one of three leaders of an international project revamping the Clavis Canonum, a key database for the study of medieval canonical collections available online via the Monumenta Germaniae Historica. She is the co-editor of The Use of Canon Law in Ecclesiastical Administration, 1000-1234 (2018) with Melodie H. Eichbauer.