Heretic Narratives of the Babylonian Talmud 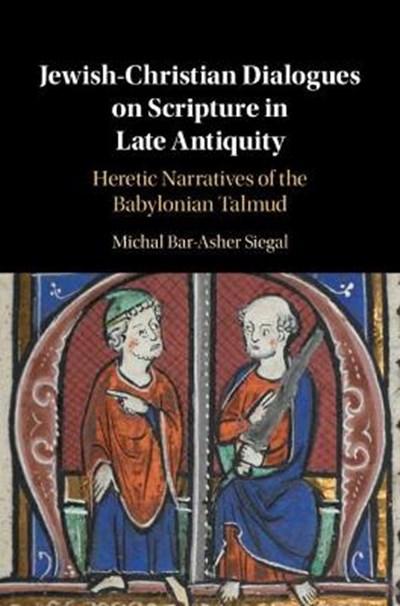 Heretic Narratives of the Babylonian Talmud

eBook FAQ
Add to Basket
Publisher: Cambridge University Press
ISBN: 9781107195363
Number of Pages: 236
Published: 16/05/2019
Width: 14.4 cm
Height: 22.2 cm
Description Author Information Reviews
Stories portraying heretics ('minim') in rabbinic literature are a central site of rabbinic engagement with the 'other'. These stories typically involve a conflict over the interpretation of a biblical verse in which the rabbinic figure emerges victorious in the face of a challenge presented by the heretic. In this book, Michal Bar-Asher Siegal focuses on heretic narratives of the Babylonian Talmud that share a common literary structure, strong polemical language and the formula, 'Fool, look to the end of the verse'. She marshals previously untapped Christian materials to arrive at new interpretations of familiar texts and illuminate the complex relationship between Jews and Christians in Late Antiquity. Bar-Asher Siegal argues that these Talmudic literary creations must be seen as part of a boundary-creating discourse that clearly distinguishes the rabbinic position from that of contemporaneous Christians and adds to a growing understanding of the rabbinic authors' familiarity with Christian traditions.

Michal Bar-Asher Siegal is a senior lecturer at Ben-Gurion University of the Negev, Israel and an elected member of the Israel Young Academy of Sciences. Her first book, Early Christian Monastic Literature and the Babylonian Talmud (Cambridge, 2013) received the 2014 Manfred Lautenschlaeger Award. She is also the co-editor of numerous volumes: The Faces of Torah: Studies in the Texts and Contexts of Ancient Judaism in Honor of Steven Fraade, (2017) and Perceiving the Other in Ancient Judaism and Early Christianity (2017).