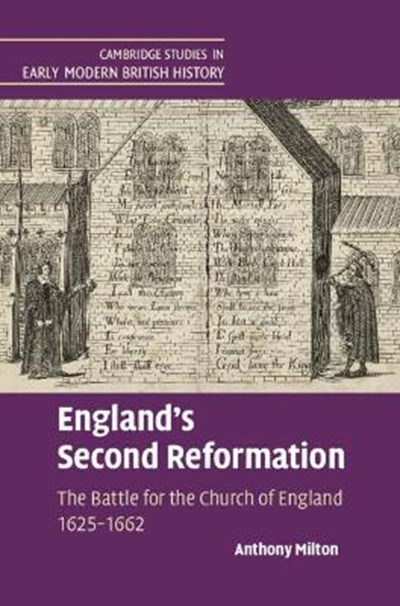 eBook FAQ
Add to Basket
Publisher: Cambridge University Press
ISBN: 9781107196452
Number of Pages: 450
Published: 14/10/2021
Width: 15.8 cm
Height: 23.5 cm
Description Author Information Reviews
England's Second Reformation reassesses the religious upheavals of mid-seventeenth-century England, situating them within the broader history of the Church of England and its earlier Reformations. Rather than seeing the Civil War years as a destructive aberration, Anthony Milton demonstrates how they were integral to (and indeed the climax of) the Church of England's early history. All religious groups - parliamentarian and royalist alike - envisaged changes to the pre-war church, and all were forced to adapt their religious ideas and practices in response to the tumultuous events. Similarly, all saw themselves and their preferred reforms as standing in continuity with the Church's earlier history. By viewing this as a revolutionary 'second Reformation', which necessarily involved everyone and forced them to reconsider what the established church was and how its past should be understood, Milton presents a compelling case for rethinking England's religious history.

Anthony Milton is Professor of History at the University of Sheffield. He is the author of books including Catholic and Reformed (1995) and Laudian and Royalist Polemic in Seventeenth-century England (2007), and he edited volume 1 of The Oxford History of Anglicanism, Volume 1 (2017). He has held a major research fellowship from the Leverhulme Trust and a visiting fellowship at All Souls College and has given invited papers at numerous international venues. He has also served as president of the Society for Reformation Studies (2015-19).