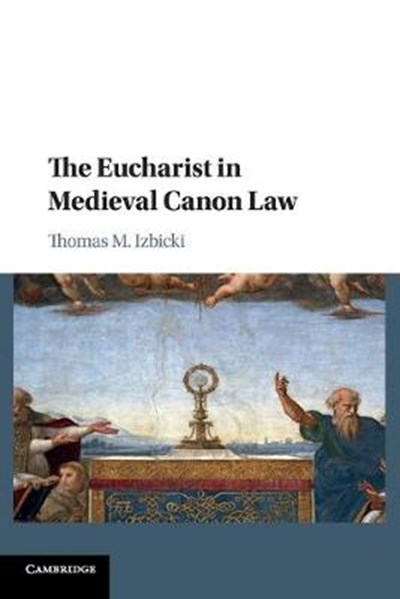 QTY
Add to Basket
Publisher: Cambridge University Press
ISBN: 9781107561809
Number of Pages: 288
Published: 07/05/2020
Width: 15.2 cm
Height: 23 cm
Description Author Information Reviews
Thomas Izbicki presents a new examination of the relationship between the adoration of the sacrament and canon law from the twelfth to fifteenth centuries. The medieval Church believed Christ's glorified body was present in the Eucharist, the most central of the seven sacraments, and the Real Presence became explained as transubstantiation by university-trained theologians. Expressions of this belief included the drama of the elevated host and chalice, as well as processions with a host in an elaborate monstrance on the Feast of Corpus Christi. These affirmations of doctrine were governed by canon law, promulgated by popes and councils; and liturgical regulations were enforced by popes, bishops, archdeacons and inquisitors. Drawing on canon law collections and commentaries, synodal enactments, legal manuals and books about ecclesiastical offices, Izbicki presents the first systematic analysis of the Church's teaching about the regulation of the practice of the Eucharist.

Thomas Izbicki received a doctorate in medieval history at Cornell University (1973). He became an academic librarian in 1986. While serving as a librarian at Wichita State University, Johns Hopkins University and Rutgers University, he pursued research on the medieval Church, including canon law. His publications focus on Pius II, Juan de Torquemada OP, Nicholas of Cusa and the sacraments in canon law. Dr Izbicki's most recent book is Religion, Power, and Resistance from the Eleventh to the Sixteenth Centuries: Playing the Heresy Card, edited with Karen Bollermann and Cary J. Niederman (2014).