Selected Discourses of Shenoute the Great 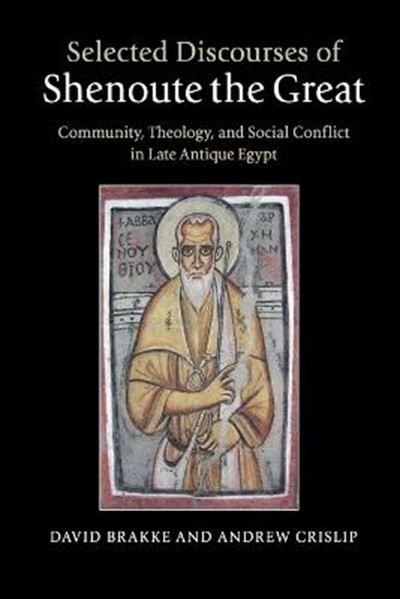 Selected Discourses of Shenoute the Great

QTY
Add to Basket
Publisher: Cambridge University Press
ISBN: 9781107606678
Number of Pages: 340
Published: 22/08/2019
Width: 15.3 cm
Height: 23 cm
Description Author Information Reviews
Shenoute the Great (c.347-465) led one of the largest Christian monastic communities in late antique Egypt and was the greatest native writer of Coptic in history. For approximately eight decades, Shenoute led a federation of three monasteries and emerged as a Christian leader. His public sermons attracted crowds of clergy, monks, and lay people; he advised military and government officials; he worked to ensure that his followers would be faithful to orthodox Christian teaching; and he vigorously and violently opposed paganism and the oppressive treatment of the poor by the rich. This volume presents in translation a selection of his sermons and other orations. These works grant us access to the theology, rhetoric, moral teachings, spirituality, and social agenda of a powerful Christian leader during a period of great religious and social change in the later Roman Empire.

David Brakke is Joe R. Engle Chair in the History of Christianity and Professor of History at Ohio State University. He is the author of Athanasius and the Politics of Asceticism (1995), Demons and the Making of the Monk: Spiritual Combat in Early Christianity (2006) and The Gnostics: Myth, Ritual, and Diversity in Early Christianity (2010). He is also editor and translator of Evagrius of Pontus: Talking Back: A Monastic Handbook for Combating Demons (2009). Andrew Crislip is William E. and Miriam S. Blake Chair in the History of Christianity and Associate Professor of History at Virginia Commonwealth University. He is the author of two books on healing and monasticism in late antiquity, Thorns in the Flesh: Illness and Sanctity in Late Ancient Egypt (2012) and From Monastery to Hospital: The Transformation of Health Care in Late Antiquity (2005), as well as numerous articles and essays on early Christian life and thought.