Composition of the Gospel of Thomas 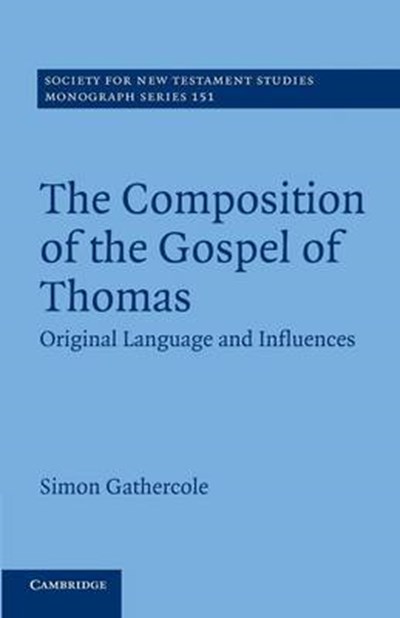 Composition of the Gospel of Thomas

QTY
Add to Basket
Publisher: Cambridge University Press
ISBN: 9781107686168
Number of Pages: 338
Published: 06/03/2014
Width: 14 cm
Height: 21.6 cm
Description Author Information Reviews
This book addresses two central questions in current research on the Gospel of Thomas: what was its original language and which early Christian works influenced it? At present, theories of Thomas as a Semitic work abound. Simon Gathercole dismantles these approaches, arguing instead that Thomas is Greek literature and that the matter of Thomas's original language is connected with an even more controverted question: that of the relationship between Thomas and the canonical New Testament. Rather than being independent of Matthew, Mark and Luke (as in most Western Aramaic theories of Thomas) or thoroughly dependent on the four gospels (as in most Syriac approaches), Gathercole develops a newly refined approach to how Thomas is influenced by the Synoptic Gospels. Thomas can be seen to refer to Matthew as a gospel writer, and evidence is discussed showing that Thomas incorporates phraseology distinctive to Luke, while also extending that special Lukan language.

Simon Gathercole is Senior Lecturer in New Testament Studies at the University of Cambridge and Fellow and Director of Studies in Theology at Fitzwilliam College, Cambridge. He is the author of Where is Boasting? Early Jewish Soteriology and Paul's Response in Romans 1-5 (2002), The Preexistent Son: Recovering the Christologies of Matthew, Mark, and Luke (2006) and The Gospel of Judas: Rewriting Early Christianity (2007). He is co-editor (with L. T. Stuckenbruck and S. D. E. Weeks) of The Book of Tobit (2004) and (with J. M. G. Barclay) Divine and Human Agency in Paul and his Cultural Environment (2008).