Reformation of the Decalogue

Religious Identity and the Ten Commandments in England, c.1485-1625 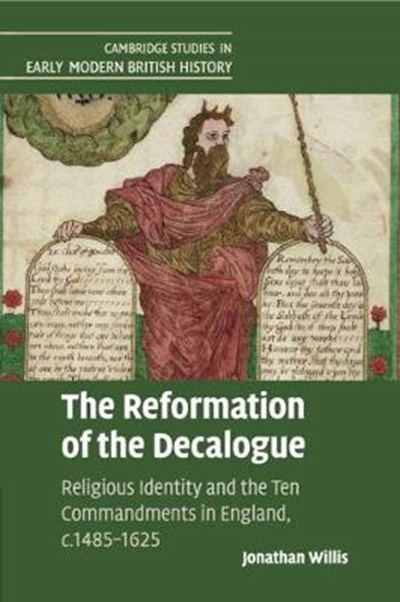 Reformation of the Decalogue

Religious Identity and the Ten Commandments in England, c.1485-1625

QTY
Add to Basket
Publisher: Cambridge University Press
ISBN: 9781108403993
Number of Pages: 408
Published: 26/03/2020
Width: 15.2 cm
Height: 22.9 cm
Description Author Information Reviews
The Reformation of the Decalogue tells two important but previously untold stories: of how the English Reformation transformed the meaning of the Ten Commandments, and of the ways in which the Ten Commandments helped to shape the English Reformation itself. Adopting a thematic structure, it contributes new insights to the history of the English Reformation, covering topics such as monarchy and law, sin and salvation, and Puritanism and popular religion. It includes, for the first time, a comprehensive analysis of surviving Elizabethan and Early Stuart 'commandment boards' in parish churches, and presents a series of ten case studies on the Commandments themselves, exploring their shifting meanings and significance in the hands of Protestant reformers. Willis combines history, theology, art history and musicology, alongside literary and cultural studies, to explore this surprisingly neglected but significant topic in a work that refines our understanding of British history from the 1480s to 1625.