The Invention of Musical Notation 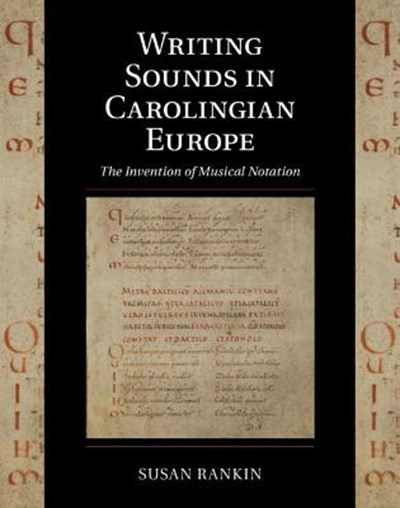 The Invention of Musical Notation

eBook FAQ
Add to Basket
Publisher: Cambridge University Press
ISBN: 9781108421409
Number of Pages: 426
Published: 08/11/2018
Width: 22.5 cm
Height: 28.4 cm
Description Author Information Reviews
Musical notation has not always existed: in the West, musical traditions have often depended on transmission from mouth to ear, and ear to mouth. Although the Ancient Greeks had a form of musical notation, it was not passed on to the medieval Latin West. This comprehensive study investigates the breadth of use of musical notation in Carolingian Europe, including many examples previously unknown in studies of notation, to deliver a crucial foundational model for the understanding of later Western notations. An overview of the study of neumatic notations from the French monastic scholar Dom Jean Mabillon (1632-1707) up to the present day precedes an examination of the function and potential of writing in support of a musical practice which continued to depend on trained memory. Later chapters examine passages of notation to reveal those ways in which scripts were shaped by contemporary rationalizations of musical sound. Finally, the new scripts are situated in the cultural and social contexts in which they emerged.

Susan Rankin is Professor of Medieval Music at the University of Cambridge, Fellow of Emmanuel College and a Fellow of the British Academy. Professor Rankin's published works include The Music of the Medieval Liturgical Drama in France and England, 2 vols (1989), and Music in the Medieval English Liturgy: Plainsong and Mediaeval Music Society Centennial Essays (1992), co-edited with David Hilley. She has also edited The Winchester Troper: Introduction and Facsimile, Early English Church Music 50 (2007), and with Wulf Arlt, Stiftsbibliothek Sankt Gallen Codices 484 and 381, 3 vols (1996). Professor Rankin has published numerous journal articles and book chapters on medieval music, its manuscripts and notations, and on ritual.