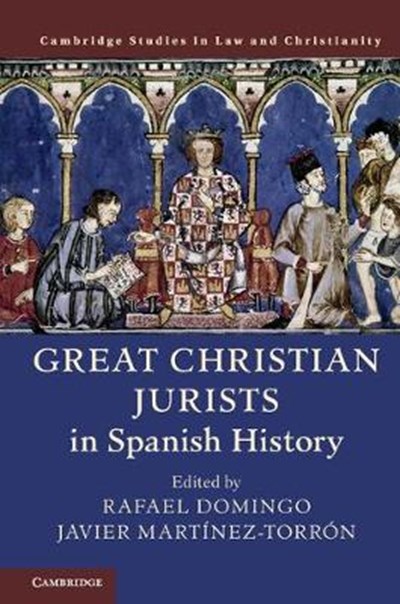 QTY
Add to Basket
Publisher: Cambridge University Press
ISBN: 9781108448734
Number of Pages: 409
Published: 08/08/2019
Width: 15.3 cm
Height: 23 cm
Description Author Information Reviews
The Great Christian Jurists series comprises a library of national volumes of detailed biographies of leading jurists, judges and practitioners, assessing the impact of their Christian faith on the professional output of the individuals studied. Spanish legal culture, developed during the Spanish Golden Age, has had a significant influence on the legal norms and institutions that emerged in Europe and in Latin America. This volume examines the lives of twenty key personalities in Spanish legal history, in particular how their Christian faith was a factor in molding the evolution of law. Each chapter discusses a jurist within his or her intellectual and political context. All chapters have been written by distinguished legal scholars from Spain and around the world. This diversity of international and methodological perspectives gives the volume its unique character; it will appeal to scholars, lawyers, and students interested in the interplay between religion and law.

Rafael Domingo is the Spruill Family Research Professor at Emory University, Atlanta, and ICS Professor of Law at Universidad de Navarra, Spain. A specialist in legal history, legal theory, ancient Roman law, and comparative law, he has published more than 20 books, including The New Global Law (Cambridge, 2011) and God and the Secular Legal System (Cambridge, 2016). Javier Martinez-Torron is Professor of Law at Complutense University, Madrid. He is vice-president of the section of canon law and church-state relations of the Spanish Royal Academy of Jurisprudence and Legislation. His scholarly writings include twenty-two books and have been published in twenty-three countries and in thirteen languages.