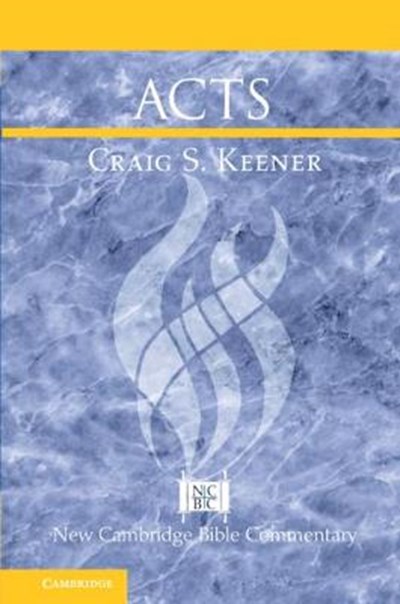 QTY
Add to Basket
Publisher: Cambridge University Press
ISBN: 9781108468688
Number of Pages: 714
Published: 02/04/2020
Width: 15.4 cm
Height: 22.8 cm
Description Author Information Reviews
As the earliest narrative source for the origins of Christianity, Acts is of unrivalled importance for understanding early Christianity and the mission that originally brought it from Judea and Galilee to gentiles, and even the heart of the Roman Empire. This volume is an abridged version of Keener's monumental, four-volume commentary on Acts, the longest and one of the most thorough engagements with Acts in its ancient setting. Sensitive to the work's narrative unity, Keener's commentary is especially known for its direct engagement with the wide range of ancient Jewish and Greco-Roman sources. The original commentary cited some 45,000 references from ancient extrabiblical sources to shed light on the Book of Acts. This accessible edition, aimed at students, scholars, and pastors, makes more widely available the decades of research that Keener has devoted to one of the key texts of Early Christianity.