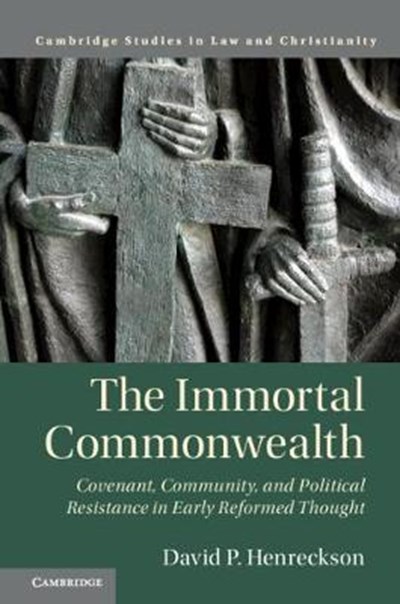 eBook FAQ
Add to Basket
Publisher: Cambridge University Press
ISBN: 9781108470216
Number of Pages: 218
Published: 04/07/2019
Width: 15.6 cm
Height: 23.4 cm
Description Author Information Reviews
In the midst of intense religious conflict in the late sixteenth and early seventeenth century, theological and political concepts converged in remarkable ways. Incited by the slaughter of French Protestants in the Saint Bartholomew's Day Massacre, Reformed theologians and lawyers began to marshal arguments for political resistance. These theological arguments were grounded in uniquely religious conceptions of the covenant, community, and popular sovereignty. While other works of historical scholarship have focused on the political and legal sources of this strain of early modern resistance literature, The Immortal Commonwealth examines the frequently overlooked theological sources of these writings. It reveals how Reformed thinkers such as Heinrich Bullinger, John Calvin, Theodore Beza, and Johannes Althusius used traditional theological conceptions of covenant and community for surprisingly radical political ends.

David P. Henreckson is Assistant Professor of Theology at Dordt College, Iowa, and serves as director of the Andreas Center for Reformed Scholarship and Service. His research interests include early modern religion and politics, resistance theory, secularity, and Christian ethics. His work has appeared in peer-reviewed journals such as the Journal of the Society of Christian Ethics, Studies in Christian Ethics, and the Journal of Reformed Theology, as well as magazines such as Comment and Political Theology Today. He is a contributing editor at Comment.