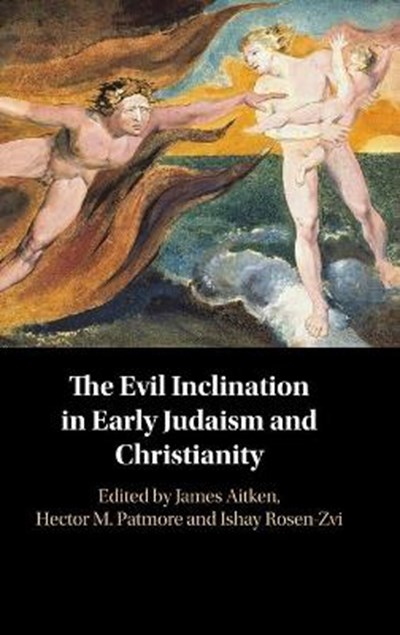 eBook FAQ
Add to Basket
Publisher: Cambridge University Press
ISBN: 9781108470827
Number of Pages: 350
Published: 21/01/2021
Width: 15.2 cm
Height: 22.9 cm
Description Author Information Reviews
One of the central concepts in rabbinic Judaism is the notion of the Evil Inclination, which appears to be related to similar concepts in ancient Christianity and the wider late antique world. The precise origins and understanding of the idea, however, are unknown. This volume traces the development of this concept historically in Judaism and assesses its impact on emerging Christian thought concerning the origins of sin. The chapters, which cover a wide range of sources including the Bible, the Ancient Versions, Qumran, Pseudepigrapha and Apocrypha, the Targums, and rabbinic and patristic literature, advance our understanding of the intellectual exchange between Jews and Christians in classical Antiquity, as well as the intercultural exchange between these communities and the societies in which they were situated.

James Aitken is Reader in Hebrew and Early Jewish Studies at the Faculty of Divinity, University of Cambridge. Publications include No Stone Unturned: Greek Inscriptions and Septuagint Vocabulary (2014) and The T&T Clark Companion to the Septuagint (2015). Hector Michael Patmore is Associate Professor in the Faculty of Theology and Religious Studies at the KU Leuven. His research focuses on the development of Jewish beliefs and the translation and interpretation of the Hebrew Bible in Antiquity. Ishay Rosen-Zvi is Professor in the Department of Jewish Philosophy and Talmud at Tel-Aviv University. A scholar of rabbinic literature, he was elected to the Israel Young Academy of Sciences in 2013. He is author of several books, most recently, Goy: Israel's Multiple Others and the Birth of the Gentile (2015).