More Sayings of the Desert Fathers

An English Translation and Notes 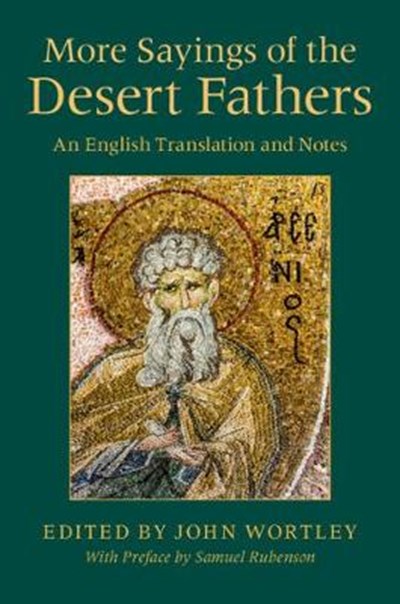 More Sayings of the Desert Fathers

An English Translation and Notes

QTY
Add to Basket
Publisher: Cambridge University Press
ISBN: 9781108471084
Number of Pages: 212
Published: 28/03/2019
Width: 15.8 cm
Height: 23.5 cm
Description Author Information Reviews
Most of the Tales and Sayings of the Desert Fathers (Apophthegms) have survived in Greek and most of them are now available in English, almost 2500 in number. A further six hundred items in six languages have been available in French for some time, but often in second- and even third-hand translations. These have now been newly translated directly from the original languages by scholars skilled in those languages and are presented, alongside an Introduction and brief notes, to the English reader who wishes to know more of those men and some women who rejected 'the world' and went to live in the desert regions of Egypt and elsewhere in the fourth to seventh centuries.

John Wortley was born and educated in Britain where he studied under Joan Hussey and Cyril Mango. Appointed Professor of Medieval History at the University of Manitoba in 1969, he developed a program of Byzantine studies there until his retirement in 2002, since then (as Professor Emeritus) he continues to research and publish, latterly concentrating on the Apophthegmata Patrum. In retirement he has held visiting fellowships at the Universities of Belfast (Queen's, twice) Princeton and Durham. He has always maintained close ties with the Paris Byzantinists; it was at the instigation of the late Joseph Paramelle that he began work on the Repertoire of Byzantine Beneficial Tales. His translation of John Skylitzes' Synopsis Historiarum (Cambridge 2010) was made in close cooperation with Bernard Flusin and Jean-Claude Cheynet. His pioneering work on the role of relics in Byzantine society can now be conveniently consulted in Studies on the Cult of Relics in Byzantium up to 1204 (2009). He has produced a translation of the Systematic series of Sayings of the Fathers: The Book of the Elders (2012); a select edition and a translation of The Anonymous Sayings of the Desert Fathers (Cambridge 2013); a new translation of the Alphabetical Sayings, Give me a Word (2014), and a new translation of Palladius' The Lausiac History (2015). Ordained in the Church of England in 1959/60, he continues to serve as an honorary assistant priest in a city parish.