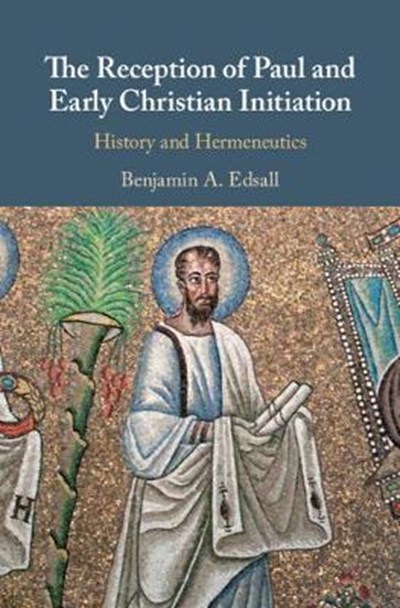 eBook FAQ
Add to Basket
Publisher: Cambridge University Press
ISBN: 9781108471312
Number of Pages: 340
Published: 04/04/2019
Width: 15.8 cm
Height: 23.5 cm
Description Author Information Reviews
This book breaks new ground in New Testament reception history by bringing together early Pauline interpretation and the study of early Christian institutions. Benjamin Edsall traces the close association between Paul and the catechumenate through important texts and readers from the late second century to the fourth century to show how the early Church arrived at a wide-spread image of Paul as the apostle of Christian initiation. While exploring what this image of Paul means for understanding early Christian interpretation, Edsall also examines the significance of this aspect of Pauline reception in relation to interpretive possibilities of Paul's letters. Building on the analysis of early interpretations and rhetorical images of the Apostle, Edsall brings these together with contemporary scholarly discourse. The juxtaposition highlights longstanding continuity and conflict in exegetical discussions and dominant Pauline images. Edsall concludes with broader hermeneutical reflections on the value of historical reception for New Testament Studies.

Benjamin Edsall is Research Fellow at the Australian Catholic University, Melbourne. He is the author of Paul's Witness to Formative Early Christian Instruction (2014) and of numerous articles in journals such as New Testament Studies, Vigiliae Christianae, and the Journal of Theological Studies.