Cambridge Guide to the Architecture of Christianity 2 Volume Hardback Set 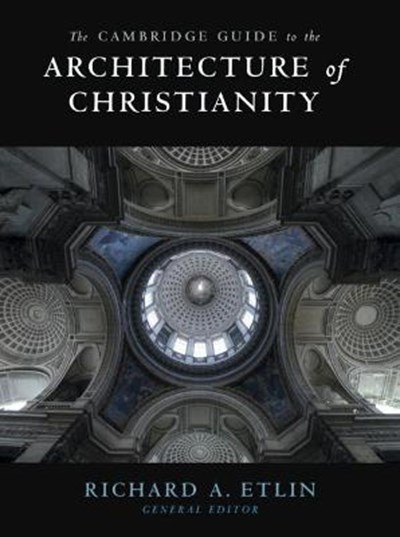 Cambridge Guide to the Architecture of Christianity 2 Volume Hardback Set

QTY
Add to Basket
Publisher: Cambridge University Press
ISBN: 9781108471510
Number of Pages: 1012
Published: 31/07/2022
Description Author Information Reviews
The Cambridge Guide to the Architecture of Christianity offers a wide-ranging overview of one of the most important genres of Western architecture, from its origins in the Early Christian era to the present day. Including 103 essays, specially commissioned for these two volumes and written by an international team of scholars, this publication examines a range of themes and issues, including religious building types, siting, regional traditions, ornament, and structure. It also explores how patrons and architects responded to the spiritual needs and cult practices of Christianity as they developed and evolved over the centuries. This publication is richly illustrated with 588 halftones and 70 color plates. 856 additional images, nearly all in color, are available online and are keyed into the text. The most comprehensive and up-to date reference work on this topic, The Cambridge Guide to the Architecture of Christianity will serve as a primary reference resource for scholars, practitioners, and students.

Richard A. Etlin is a Distinguished University Professor Emeritus at the School of Architecture, Planning and Preservation of the University of Maryland. His books include In Defense of Humanism: Value in the Arts and Letters (1996), Symbolic Space: French Enlightenment Architecture and Its Legacy (1994), Frank Lloyd Wright and Le Corbusier: The Romantic Legacy, Modernism in Italian Architecture, 1890-1940 (1994) The Architecture of Death: The Transformation of the Cemetery in Eighteenth-Century Paris (1984). He is also the editor of Art, Culture and Media under the Third Reich and Nationalism in the Visual Arts.). Etlin has held fellowships from The John Simon Guggenheim Foundation, the National Endowment for the Arts, the National Endowment for the Humanities, the National Gallery of Art, Dumbarton Oaks, the American Academy in Rome, and Magdalene College, University of Cambridge.