Great Christian Jurists and Legal Collections in the First Millennium 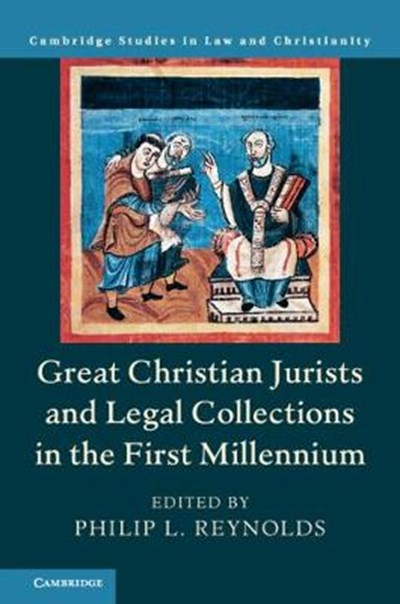 Great Christian Jurists and Legal Collections in the First Millennium

eBook FAQ
Add to Basket
Publisher: Cambridge University Press
ISBN: 9781108471718
Published: 27/06/2019
Description Author Information Reviews
Great Christian Jurists and Legal Collections in the First Millennium is a systematic collection of essays describing how Christian leaders and scholars of the first millennium in the West contributed to law and jurisprudence and used written norms and corrective practices to maintain social order and to guide people from this life into the next. With chapters on topics such as Roman and post-Roman law, church councils, the papacy, and the relationship between royal and ecclesiastical authority, as well as on individual authors such as Lactantius, Ambrosiaster, Augustine, Leo I, Gelasius I, and Gregory the Great, this book invites a more holistic and realistic appreciation of early-medieval contributions to the history of law and jurisprudence for entry-level students and scholars alike. Great Christian Jurists and Legal Collections in the First Millennium provides a fresh look, from a new perspective, enabling readers to see these familiar authors in a fresh light.

Philip L. Reynolds is Charles Howard Candler Professor of Medieval Christianity and Aquinas Professor of Historical Theology at Emory University, Atlanta. A senior fellow of Emory's Center for the Study of Law and Religion, Reynolds directed the Center's project on the Pursuit of Happiness (2006-11). Reynolds was a Henry Luce III Fellow in Theology (2013-14) for his work on contemplative and apophatic theology and on the medieval reception of the pseudo-Dionysius. His books include Food and the Body (1999) and How Marriage Became One of the Sacraments (Cambridge, 2016).