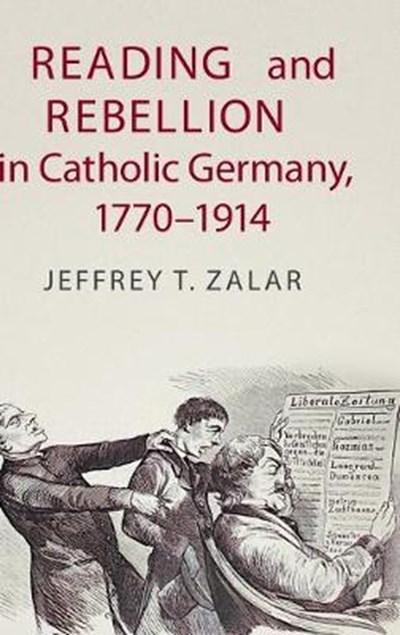 eBook FAQ
Add to Basket
Publisher: Cambridge University Press
ISBN: 9781108472906
Number of Pages: 398
Published: 29/11/2018
Width: 15.8 cm
Height: 23.5 cm
Description Author Information Reviews
Popular conceptions of Catholic censorship, symbolized above all by the Index of Forbidden Books, figure prominently in secular definitions of freedom. To be intellectually free is to enjoy access to knowledge unimpeded by any religious authority. But how would the history of freedom change if these conceptions were false? In this panoramic study of Catholic book culture in Germany from 1770-1914, Jeffrey T. Zalar exposes the myth of faith-based intellectual repression. Catholic readers disobeyed the book rules of their church in a vast apostasy that raised personal desire and conscience over communal responsibility and doctrine. This disobedience sparked a dramatic contest between lay readers and their priests over proper book behavior that played out in homes, schools, libraries, parish meeting halls, even church confessionals. The clergy lost this contest in a fundamental reordering of cultural power that helped usher in contemporary Catholicism.

Jeffrey T. Zalar is Associate Professor of History and the inaugural holder of the Ruth J. and Robert A. Conway Endowed Chair in Catholic Studies at the University of Cincinnati. He writes and lectures on the cultural and intellectual history of Roman Catholicism, the history of modern German religion, and the history of modern knowledge.