Sources of the Canon Law Tradition 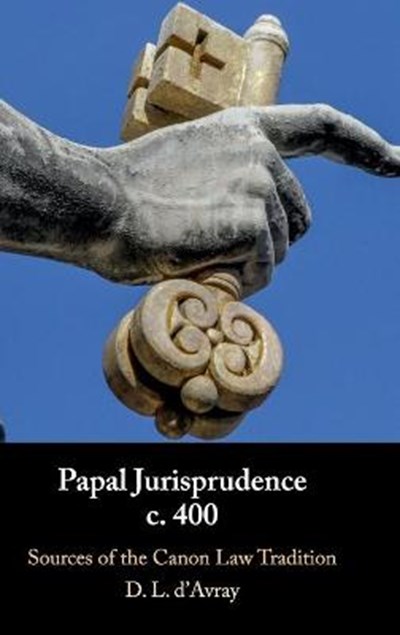 Sources of the Canon Law Tradition

eBook FAQ
Add to Basket
Publisher: Cambridge University Press
ISBN: 9781108472937
Number of Pages: 310
Published: 19/12/2019
Width: 15.7 cm
Height: 23.5 cm
Description Author Information Reviews
In the late fourth century, in the absence of formal church councils, bishops from all over the Western Empire wrote to the Pope asking for advice on issues including celibacy, marriage law, penance and heresy, with papal responses to these questions often being incorportated into private collections of canon law. Most papal documents were therefore responses to questions from bishops, and not initiated from Rome. Bringing together these key texts, this volume of accessible translations and critical transcriptions of papal letters is arranged thematically to offer a new understanding of attitudes towards these fundamental issues within canon law. Papal Jurisprudence, c.400 reveals what bishops were asking, and why the replies mattered. It is offered as a companion to the forthcoming volume Papal Jurisprudence: Social Origins and Medieval Reception of Canon Law, 385-1234.

David L. d'Avray is Professor of History at University College London. He has published widely on medieval preaching, death and kingship, marriage, rationalities, and the papacy. His previous publications include Papacy, Monarchy and Marriage, 860-1600 (Cambridge, 2015) and Dissolving Royal Marriages: A Documentary History, 860-1600 (Cambridge, 2014). He has been a Fellow of the British Academy since 2005 and a Corresponding Fellow of the Medieval Academy of America since 2016.