Calvin and the Resignification of the World

Creation, Incarnation, and the Problem of Political Theology in the 1559 'Institutes' 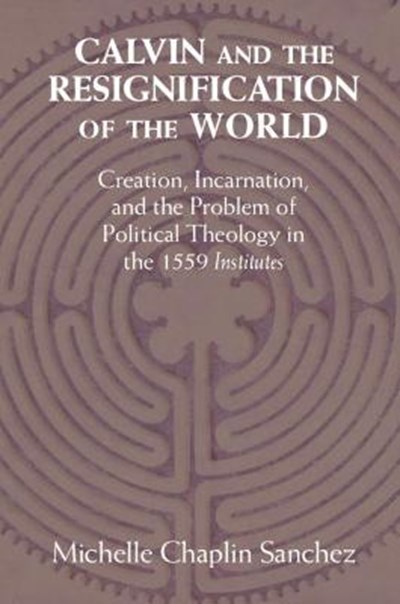 Calvin and the Resignification of the World

Creation, Incarnation, and the Problem of Political Theology in the 1559 'Institutes'

eBook FAQ
Add to Basket
Publisher: Cambridge University Press
ISBN: 9781108473040
Number of Pages: 328
Published: 21/03/2019
Width: 15.8 cm
Height: 23.5 cm
Description Author Information Reviews
Calvin's 1559 Institutes is one of the most important works of theology that emerged at a pivotal time in Europe's history. As a movement, Calvinism has often been linked to the emerging features of modernity, especially to capitalism, rationalism, disenchantment, and the formation of the modern sovereign state. In this book, Michelle Sanchez argues that a closer reading of the 1559 Institutes recalls some of the tensions that marked Calvinism's emergence among refugees, and ultimately opens new ways to understand the more complex ethical and political legacy of Calvinism. In conversation with theorists of practice and signification, she advocates for reading the Institutes as a pedagogical text that places the reader in the world as the domain in which to actively pursue the 'knowledge of God and ourselves' through participatory uses of divine revelation. Through this lens, she reconceives Calvin's understanding of sovereignty and how it works in relation to the embodied reader. Sanchez also critically examines Calvin's teaching on providence and the incarnation in conversation with theorists of political theology and modernity who emphasize the importance of those very doctrines.

Michelle Chaplin Sanchez is Associate Professor of Theology at Harvard Divinity School, where she teaches courses on the Protestant Reformations, intersections between Protestant theology and modern philosophy, theories of sovereignty and modernity, and other themes in Christian theology including providence and the existence of God. She has won several teaching awards, and has also published scholarly articles in the Journal of the American Academy of Religion, Scottish Journal of Theology, and Political Theology.