Hell in the Byzantine World: Volume 2, A Catalogue of the Cretan Material 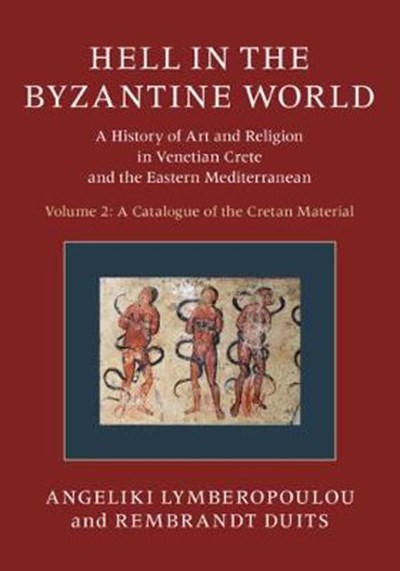 Hell in the Byzantine World: Volume 2, A Catalogue of the Cretan Material

Publisher: Cambridge University Press
ISBN: 9781108474160
Number of Pages: 500
Published: 30/09/2020
Description Author Information Reviews
The imagery of Hell, the Christian account of the permanent destinations of the human soul after death, has fascinated people over the centuries since the emergence of the Christian faith. These landmark volumes provide the first large-scale investigation of this imagery found across the Byzantine and post-Byzantine world. Particular emphasis is placed on images from churches across Venetian Crete, which are comprehensively collected and published for the first time. Crete was at the centre of artistic production in the late Byzantine world and beyond and its imagery was highly influential on traditions in other regions. The Cretan examples accompany rich comparative material from the wider Mediterranean - Cappadocia, Macedonia, the Peloponnese and Cyprus. The large amount of data presented in this publication highlight Hell's emergence in monumental painting not as a concrete array of images, but as a diversified mirroring of social perceptions of sin.

ANGELIKI LYMBEROPOULOU is Senior Lecturer in Art History at The Open University. She is the editor, with Rembrandt Duits, of Byzantine Art and Renaissance Europe (2013) and of Cross-Cultural Interaction between Byzantium and the West 1204-1669. Whose Mediterranean is it Anyway? (2018). REMBRANDT DUITS is Deputy Curator of the Photographic Collection at the Warburg Institute and Editor of the Journal of the Warburg and Courtauld Institutes. He is the editor, with Angeliki Lymberopoulou, of Byzantine Art and Renaissance Europe (2013).