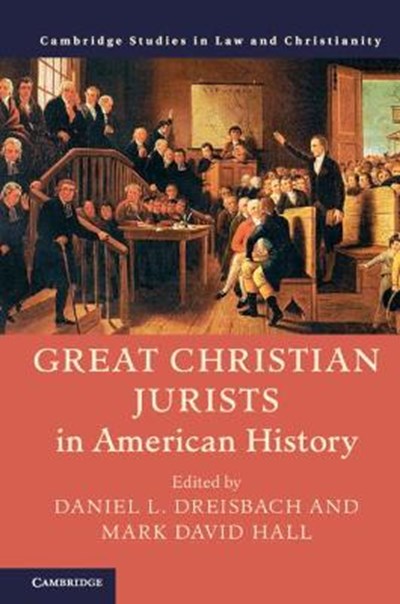 eBook FAQ
Add to Basket
Publisher: Cambridge University Press
ISBN: 9781108475358
Published: 04/07/2019
Description Author Information Reviews
From the early days of European settlement in North America, Christianity has had a profound impact on American law and culture. This volume profiles nineteen of America's most influential Christian jurists from the early colonial era to the present day. Anyone interested in American legal history and jurisprudence, the role Christianity has played throughout the nation's history, and the relationship between faith and law will enjoy this worthy and unique study. The jurists covered in this collection were pious men and women, but that does not mean they agreed on how faith should inform law. From Roger Williams and John Cotton to Antonin Scalia and Mary Ann Glendon, America's great Christian jurists have brought their faith to bear on the practice of law in different ways and to different effects.

Daniel L. Dreisbach is a professor in the School of Public Affairs at the American University in Washington, DC. His research interests include the intersection of religion, law, and politics in American public life. He has authored or edited ten books, including Thomas Jefferson and the Wall of Separation between Church and State (2002) and Reading the Bible with the Founding Fathers (2017). He has published numerous book chapters, reviews, and articles in scholarly journals, including American Journal of Legal History, the Journal of Church and State, Politics and Religion, and William and Mary Quarterly. Mark David Hall is Herbert Hoover Distinguished Professor of Politics and Faculty Fellow in the William Penn Honors Program at George Fox University. Mark has written, edited, or co-edited a dozen books, including Did America Have a Christian Founding?: Separating Modern Myth from Historical Truth (forthcoming); Roger Sherman and the Creation of the American Republic (2013); and The Sacred Rights of Conscience: Selected Readings on Religious Liberty and Church-State Relations in the American Founding (2009).