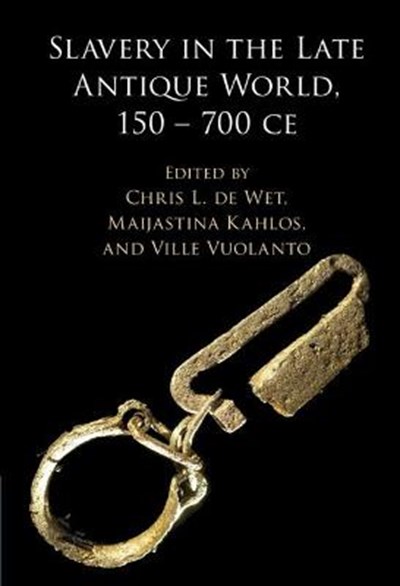 eBook FAQ
Add to Basket
Publisher: Cambridge University Press
ISBN: 9781108476225
Number of Pages: 400
Published: 17/02/2022
Description Author Information Reviews
Slavery in the Late Antique World, 150 - 700 CE investigates the ideological, moral, cultural, and symbolic aspects of slavery, as well the living conditions of slaves in the Mediterranean basin and Europe during a period of profound transformation. It focuses on socially marginal areas and individuals on an unprecedented scale. Written by an international team of scholars, the volume establishes that late ancient slavery is a complex and polymorphous phenomenon, one that was conditioned by culture and geography. Rejecting preconceived ideas about slavery as static and without regional variation, it offers focused case studies spanning the late ancient period. They provide in-depth analyses of authors and works, and consider a range of factors relevant to the practice of slavery in specific geographical locations. Using comparative and methodologically innovative approaches, this book revisits and questions established assumptions about late ancient slavery. It also enables fresh insights into one of humanity's most tragic institutions.

Chris L. de Wet is Professor of New Testament and Early Christian Studies at the University of South Africa and Honorary Research Fellow at the Australian Lutheran College. He is the author of Preaching Bondage: John Chrysostom and the Discourse of Slavery in Early Christianity (2015) and The Unbound God: Slavery and the Formation of Early Christian Thought (2018). Maijastina Kahlos is Research Fellow at the Helsinki Collegium for Advanced Studies at the University of Helsinki. She is the author of Debate and Dialogue: Christian and Pagan Cultures, c. 360-430 (2007), Forbearance and Compulsion: The Rhetoric of Tolerance and Intolerance in Late Antiquity (2009), and Religious Dissent in Late Antiquity (2020). Ville Vuolanto is Senior Lecturer in the Department of History at Tampere University. He has published extensively on children and family in the Roman and Late Antique periods. His publications include Children and Asceticism in Late Antiquity (2015) and Children and Everyday Life in the Roman and Late Antique World (ed. 2017, with C. Laes).