Making Sense of the Historical Figure 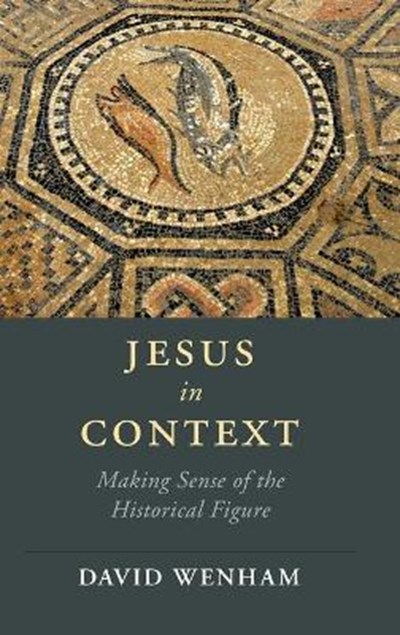 Making Sense of the Historical Figure

eBook FAQ
Add to Basket
Publisher: Cambridge University Press
ISBN: 9781108476263
Number of Pages: 200
Published: 04/11/2021
Description Author Information Reviews
Jesus changed our world forever. But who was he and what do we know about him? David Wenham's accessible volume is a concise and wide-ranging engagement with that enduring and elusive subject. Exploring the sources for Jesus and his scholarly reception, he surveys information from Roman, Jewish, and Christian texts, and also examines the origins of the gospels, as well as the evidence of Paul, who had access to the earliest oral traditions about Jesus. Wenham demonstrates that the Jesus of the New Testament makes sense within the first century CE context in which he lived and preached. He offers a contextualized portrait of Jesus and his teaching; his relationship with John the Baptist and the Qumran community (and the Dead Sea Scrolls); his ethics and the Sermon on the Mount, his successes and disappointments. Wenham also brings insights into Jesus' vision of the future and his understanding of his own death and calling.

David Wenham first taught in India. For many years he was on the faculty of Wycliffe Hall and Oxford University, and later at Trinity College Bristol, where he was also Research Fellow of Bristol University. He is the author and editor of many publications in New Testament studies, notably on the question of Paul's relationship with Jesus. His most recent book is From Good News to Gospels? What did the First Christians say about Jesus? (2018).