Reception of the Virgin in Byzantium

Marian Narratives in Texts and Images 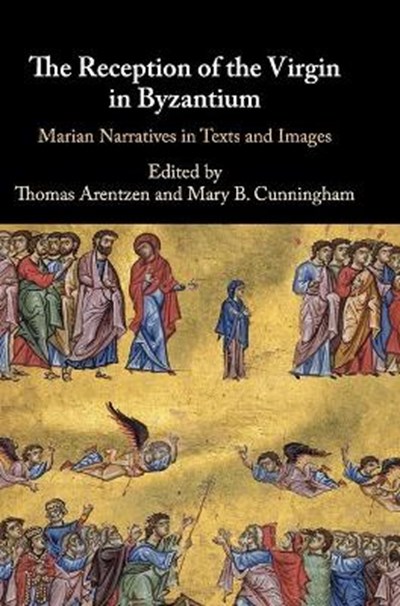 Reception of the Virgin in Byzantium

Marian Narratives in Texts and Images

eBook FAQ
Add to Basket
Publisher: Cambridge University Press
ISBN: 9781108476287
Number of Pages: 378
Published: 15/08/2019
Width: 18.1 cm
Height: 25.3 cm
Description Author Information Reviews
This book explores how the Virgin Mary's life is told in hymns, sermons, icons, art, and other media in the Byzantine Empire before AD 1204. A group of international specialists examines material and textual evidence from both Byzantine and Muslim-ruled territories that was intended for a variety of settings and audiences and seeks to explain why Byzantine artisans and writers chose to tell stories about Mary, the Mother of God, in such different ways. Sometimes the variation reflected the theological or narrative purposes of story-tellers; sometimes it expressed their personal spiritual preoccupations. Above all, the variety of aspects that this holy figure assumed in Byzantium reveals her paradoxical theological position as meeting-place and mediator between the divine and created realms. Narrative, whether 'historical', theological, or purely literary, thus played a fundamental role in the development of the Marian cult from Late Antiquity onward.

Thomas Arentzen is a Postdoctoral Research Fellow in the Faculty of Theology at the Universitetet i Oslo and currently a Fellow in Byzantine Studies at Dumbarton Oaks Research Library and Collection in Washington, DC. He is also a Reader in Church History at Lunds Universitet. He has published widely in the fields of Marian Studies, Byzantine homiletics and hymnography as well as Eastern Christianity. His books include Ortodoxa och oesterlandska kyrkor i Sverige (2015) and The Virgin in Song: Mary and the Poetry of Romanos the Melodist (2017). Mary B. Ccunningham is an Honorary Associate Professor in the Department of Theology and Religious Studies at the University of Nottingham. She works on Byzantine homiletics, with special interest in the interaction between preacher and audience, as well as on the veneration of the Virgin Mary in early Christianity and Byzantium on other Byzantine literary genres including hagiography and hymnography. Her books include Faith in the Byzantine World (2002), Wider Than Heaven: Eighth-Century Homilies on the Mother of God (2008), and Gateway of Life: Orthodox Thinking on the Mother of God (2015).