From the Puritans to the Legal Realists 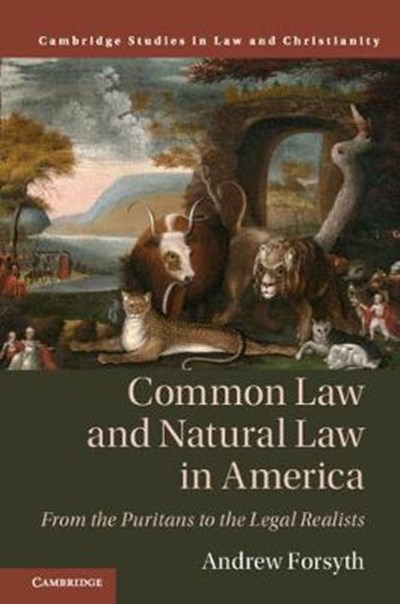 From the Puritans to the Legal Realists

eBook FAQ
Add to Basket
Publisher: Cambridge University Press
ISBN: 9781108476973
Number of Pages: 168
Published: 11/04/2019
Width: 15.8 cm
Height: 24.5 cm
Description Author Information Reviews
Speaking to today's flourishing conversations on both law, morality, and religion, and the religious foundations of law, politics, and society, Common Law and Natural Law in America is an ambitious four-hundred-year narrative and fresh re-assessment of the varied American interactions of 'common law', the stuff of courtrooms, and 'natural law', a law built on human reason, nature, and the mind or will of God. It offers a counter-narrative to the dominant story of common law and natural law by drawing widely from theological and philosophical accounts of natural law, as well as primary and secondary work in legal and intellectual history. With consequences for today's natural-law proponents and critics alike, it explores the thought of the Puritans, Revolutionary Americans, and seminal legal figures including William Blackstone, Joseph Story, Christopher Columbus Langdell, Oliver Wendell Holmes, and the legal realists.

Andrew Forsyth is Lecturer in the Department of Religious Studies, and Assistant Secretary in the Office of the Secretary and Vice President for Student Life, at Yale University, Connecticut. A Cambridge law graduate, he studied theology and religious studies at the University of Glasgow, Harvard University, and Yale University. He has recently published articles in the Yale Journal of Law & the Humanities, Soundings: An Interdisciplinary Journal, and Scottish Journal of Theology.