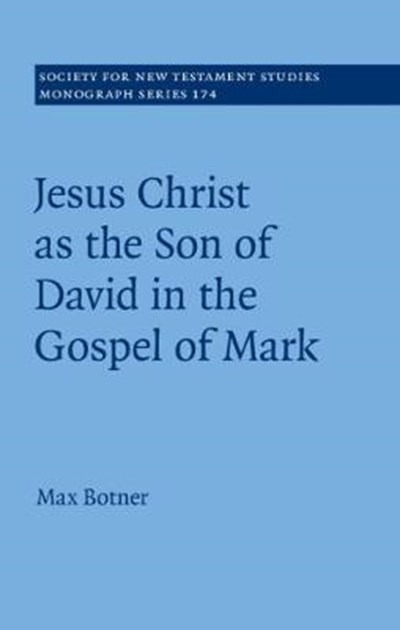 eBook FAQ
Add to Basket
Publisher: Cambridge University Press
ISBN: 9781108477208
Number of Pages: 254
Published: 30/05/2019
Width: 14.4 cm
Height: 22.4 cm
Description Author Information Reviews
This study contributes to the debate over the function of Davidic sonship in the Gospel of Mark. In contrast to William Wrede's paradigm, Max Botner argues that Mark's position on Jesus's ancestry cannot be assessed properly though isolated study of the name David (or the patronym son of David). Rather, the totality of Markan messiah language is relevant to the question at hand. Justification for this paradigm shift is rooted in observations about the ways in which ancient authors spoke of their messiahs. Botner shows that Mark was participant to a linguistic community whose members shared multiple conventions for stylizing their messiahs, Davidic or otherwise. He then traces how the evangelist narratively constructed his portrait of Christ via creative use of the Jewish scriptures. When the Davidssohnfrage is approached from within this sociolinguistic framework, it becomes clear that Mark's Christ is indeed David's son.

Max Botner is Assistant Professor of New Testament at Grand Rapids Theological Seminary. His work has been published in the Journal for Biblical Literature, the Journal for Theological Studies, the Journal for the Study of the Pseudepigrapha, and the Catholic Biblical Quarterly. He is also a co-editor of the forthcoming volume, Atonement: Sin, Sacrifice, and Salvation in Jewish and Christian Antiquity.