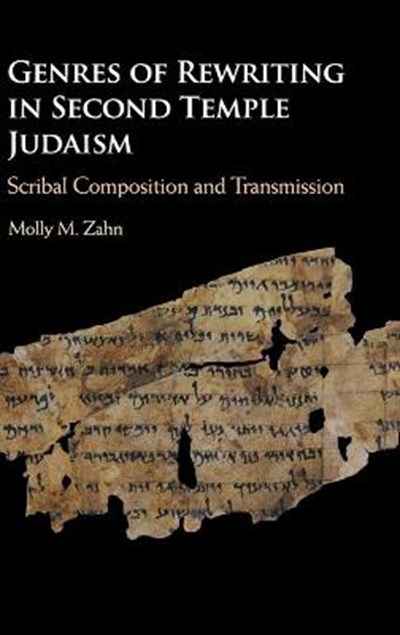 QTY
Add to Basket
Publisher: Cambridge University Press
ISBN: 9781108477581
Number of Pages: 275
Published: 11/06/2020
Width: 15.9 cm
Height: 23.5 cm
Description Author Information Reviews
In this book, Molly Zahn investigates how early Jewish scribes rewrote their authoritative traditions in the course of transmitting them, from minor edits in the course of copying to whole new compositions based on prior works. Scholars have detected evidence for rewriting in a wide variety of textual contexts, but Zahn's is the first book to map manuscripts and translations of biblical books, so-called 'parabiblical' compositions, and the sectarian literature from Qumran in relation to one another. She introduces a new, adaptable set of terms for talking about rewriting, using the idea of genre as a tool to compare and contrast different cases. Although rewriting has generally been understood as a vehicle for biblical interpretation, Zahn moves beyond that framework to demonstrate that rewriting was a pervasive textual strategy in the Second Temple period. Her book contributes to a powerful new model of early Jewish textuality, illuminating the rich and diverse culture out of which both rabbinic Judaism and early Christianity eventually emerged.

Molly M. Zahn is Associate Professor of Religious Studies at the University of Kansas. She has published widely on the intersections between composition, transmission, and interpretation in early Jewish texts, especially the Dead Sea Scrolls. She is the author of Rethinking Rewritten Scripture (2011) and co-editor of two essay collections. She currently serves as Executive Editor of the international Qumran journal Dead Sea Discoveries.