The Violence of Small Worlds 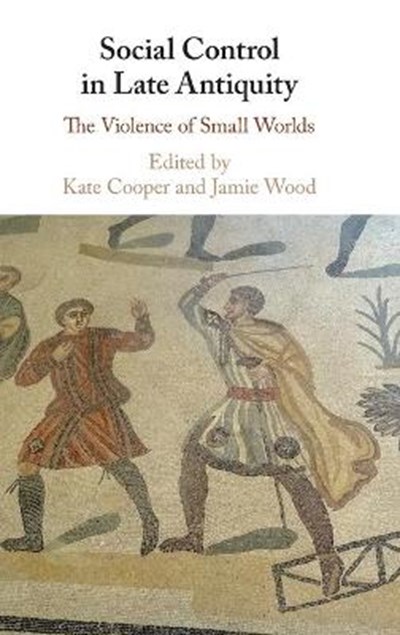 The Violence of Small Worlds

eBook FAQ
Add to Basket
Publisher: Cambridge University Press
ISBN: 9781108479394
Number of Pages: 348
Published: 01/10/2020
Width: 23.5 cm
Height: 16 cm
Description Author Information Reviews
Social Control in Late Antiquity: The Violence of Small Worlds explores the small-scale communities of late antiquity - households, monasteries, and schools - where power was a question of personal relationships. When fathers, husbands, teachers, abbots, and slave-owners asserted their own will, they saw themselves as maintaining the social order, and expected law and government to reinforce their rule. Naturally, the members of these communities had their own ideas, and teaching them to 'obey their betters' was not always a straightforward business. Drawing on a wide variety of sources from across the late Roman Mediterranean, from law codes and inscriptions to monastic rules and hagiography, the book considers the sometimes conflicting identities of women, slaves, and children, and documents how they found opportunities for agency and recognition within a system built on the unremitting assertion of the rights of the powerful.

Kate Cooper is a Professor of History at Royal Holloway, University of London. She writes and teaches about Roman history and early Christianity with a special interest in daily life, gender, and the household. Her publications include Band of Angels: The Forgotten World of Early Christian Women (2013), The Fall of the Roman Household (2007), and The Virgin and the Bride: Idealized Womanhood in Late Antiquity (1996). Kate has been awarded numerous grants and prizes, including the Rome Prize of the American Academy in Rome, an RCUK Global Uncertainties Fellowship, and a Leverhulme Trust Major Research Fellowship. Jamie Wood is an Associate Professor in History at the University of Lincoln. He works on late antique and early medieval history, with particular interests in the religious and social history of the Iberian Peninsula. He has published widely on the writings of Isidore of Seville, including The Politics of Identity in Visigothic Spain (2012), A Companion to Isidore of Seville (co-edited with Andrew Fear, 2019), and Isidore of Seville and his Reception in the Early Middle Ages (co-edited with Andrew Fear, 2016). Jamie's postdoctoral research was funded by a Leverhulme Trust Early Career Fellowship and he has received grants from the British Academy and the Gulbenkian Foundation, among others. He is currently writing a book about the Byzantine presence in the Iberian Peninsula in the sixth and seventh centuries.