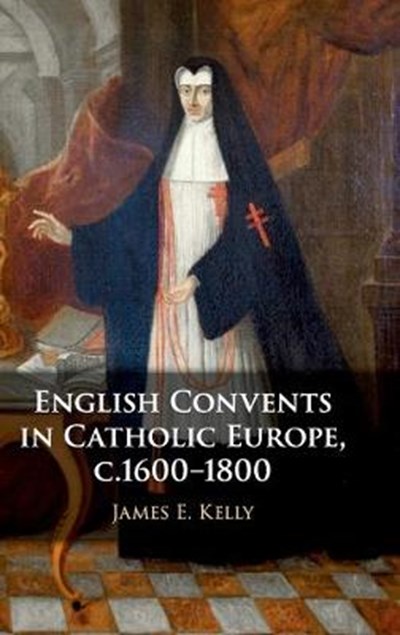 eBook FAQ
Add to Basket
Publisher: Cambridge University Press
ISBN: 9781108479967
Number of Pages: 232
Published: 02/01/2020
Width: 15.8 cm
Height: 23.5 cm
Description Author Information Reviews
In 1598, the first English convent to be founded since the dissolution of the monasteries was established in Brussels, followed by a further twenty-one foundations, which all self-identified as English institutions in Catholic Europe. Around four thousand women entered these religious houses over the following two centuries. This book highlights the significance of the English convents as part of, and contributors to, national and European Catholic culture. Covering the whole exile period and making extensive use of rarely consulted archive material, James E. Kelly situates the English Catholic experience within the wider context of the Catholic Reformation and Catholic Europe. He thus transforms our understanding of the convents, stressing that they were not isolated but were, in fact, an integral part of the transnational Church which transcended national boundaries. The original and immersive structure takes the reader through the experience of being a nun, from entry into the convent, to day-to-day life in enclosure, how the enterprise was funded, as well as their wider place within the Catholic world.

James E. Kelly is Sweeting Fellow in the History of Catholicism at the Department of Theology and Religion, University of Durham. He was a member of the 'Who Were the Nuns?' project, and Principal Investigator of the 'Monks in Motion' project, both funded by the Arts and Humanities Research Council. He is co-editor of publications including Early Modern English Catholicism: Identity, Memory and Counter-Reformation, c.1570-1800 (2017) and The English Convents in Exile, 1600-1800: Communities, Culture and Identity (2013).