War, Memory, and National Identity in the Hebrew Bible 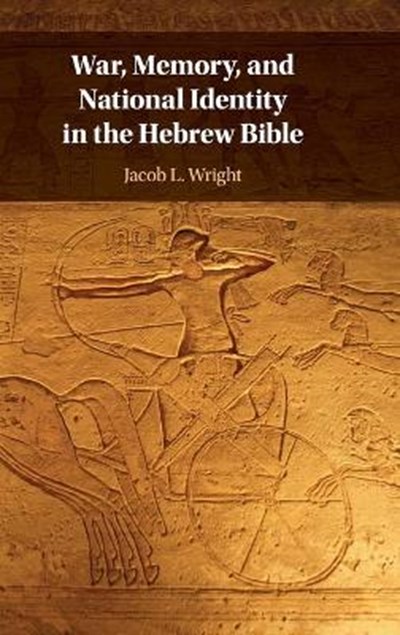 War, Memory, and National Identity in the Hebrew Bible

eBook FAQ
Add to Basket
Publisher: Cambridge University Press
ISBN: 9781108480895
Number of Pages: 350
Published: 23/07/2020
Width: 15.8 cm
Height: 23.5 cm
Description Author Information Reviews
The Hebrew Bible is permeated with depictions of military conflicts that have profoundly shaped the way many think about war. Why does war occupy so much space in the Bible? In this book, Jacob Wright offers a fresh and fascinating response to this question: War pervades the Bible not because ancient Israel was governed by religious factors (such as 'holy war') or because this people, along with its neighbors in the ancient Near East, was especially bellicose. The reason is rather that the Bible is fundamentally a project of constructing a new national identity for Israel, one that can both transcend deep divisions within the population and withstand military conquest by imperial armies. Drawing on the intriguing interdisciplinary research on war commemoration, Wright shows how biblical authors, like the architects of national identities from more recent times, constructed a new and influential notion of peoplehood in direct relation to memories of war, both real and imagined. This book is also available as Open Access on Cambridge Core.

Jacob L. Wright is a professor at Emory University in the Candler School of Theology. He writes on a wide array of topics, ranging from material culture to commensality and urbicide. His first book, Rebuilding Identity (De Gruyter, 2003), won the Templeton Prize, and his most recent book, David, King of Israel (Cambridge University Press, 2014), won the ASOR Nancy Lapp Popular Book Award. His free online course (The Bible's Prehistory, Purpose, and Political Future) consistently ranks among the top online courses in the humanities.