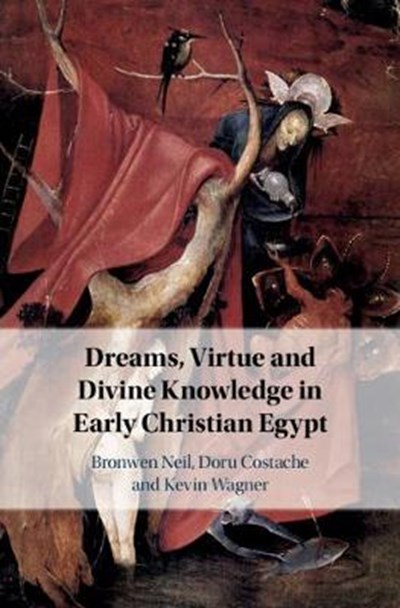 eBook FAQ
Add to Basket
Publisher: Cambridge University Press
ISBN: 9781108481182
Number of Pages: 222
Published: 25/04/2019
Width: 15.7 cm
Height: 23.5 cm
Description Author Information Reviews
What did dreams mean to Egyptian Christians of the first to the sixth centuries? Alexandrian philosophers, starting with Philo, Clement and Origen, developed a new approach to dreams that was to have profound effects on the spirituality of the medieval West and Byzantium. Their approach, founded on the principles of Platonism, was based on the convictions that God could send prophetic dreams and that these could be interpreted by people of sufficient virtue. In the fourth century, the Alexandrian approach was expanded by Athanasius and Evagrius to include a more holistic psychological understanding of what dreams meant for spiritual progress. The ideas that God could be known in dreams and that dreams were linked to virtue flourished in the context of Egyptian desert monasticism. This volume traces that development and its influence on early Egyptian experiences of the divine in dreams.

Bronwen Neil is Professor of Ancient History at Macquarie University, Visiting Fellow at the Australian National University and Research Fellow of the University of South Africa. She is co-editor of The Oxford Handbook of Maximus the Confessor (2015), Collecting Early Christian Letters (Cambridge, 2015) and A Companion to Gregory the Great (2013). Doru Costache is Senior Lecturer in Patristic Studies at St Cyril's Coptic Orthodox Theological College in Sydney and Honorary Associate of Department of Studies in Religion at the University of Sydney. He is co-author of S tiint a s i Teologie: Preliminarii pentru Dialog (2001) and co-editor of Well-Being, Personal Wholeness and the Social Fabric (2017). Kevin Wagnew is Lecturer in Theology at the University of Notre Dame, Australia. He has been the principal convenor of the Theology at the Beginning of the Third Millennium series of conferences and is the lead editor of the accompanying book series.