Impact of Jesus in First-Century Palestine 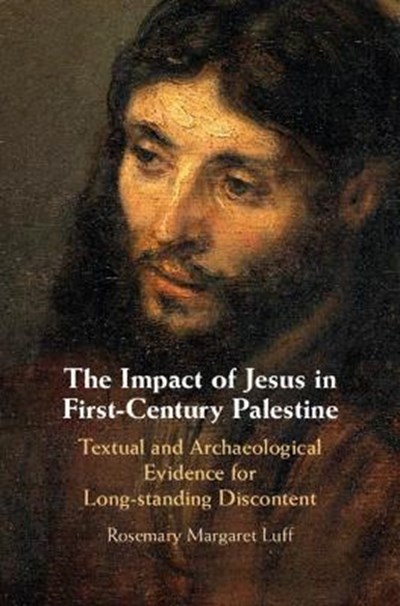 Impact of Jesus in First-Century Palestine

eBook FAQ
Add to Basket
Publisher: Cambridge University Press
ISBN: 9781108482233
Number of Pages: 254
Published: 15/08/2019
Width: 15.7 cm
Height: 23.5 cm
Description Author Information Reviews
Although the archaeological evidence indicates a prosperous and thriving Galilee in the early first century CE, the Gospel texts suggest a society under stress, where the rich were flourishing at the expense of the poor. In this multi-disciplinary study, Rosemary Margaret Luff contributes to current debates concerning the pressures on early first-century Palestinian Jews, particularly with reference to socio-economic and religious issues. She examines Jesus within his Jewish environment in order to understand why he rose to prominence when he did, and what motivated him to persevere with his mission. Luff's study includes six carefully-constructed essays that examine Early Christian texts against the wider background of late Second Temple Judaic literature, together with the material evidence of Galilee and Judea (Jerusalem). Synthesizing a wide range of archaeological and textual data for the first time, she offers new insights into the depth of social discontent and its role in the rise of Christianity.

Rosemary Margaret Luff is an archaeologist and an Emeritus Fellow at Clare Hall, University of Cambridge. During the 80s and early 90s, she ran a research unit in the Department of Archaeology specializing in the recovery and analysis of animal and human remains from a variety of prehistoric, Roman and medieval sites in Eastern England; the bones provided information on diet, disease, animal husbandry, socio-economics, mortality and religious practice. She later worked on excavations in Egypt, in particular those of the eighteenth Dynasty and Late Antique period, and subsequently directed a project (funded by the Leverhulme Trust) investigating the importance of aquatic versus terrestrial resources in the Pharaonic and Roman periods. While in Egypt she developed a keen interest in early monastic sites, and this resulted in her examining material in Israel, which ultimately led to the present project.