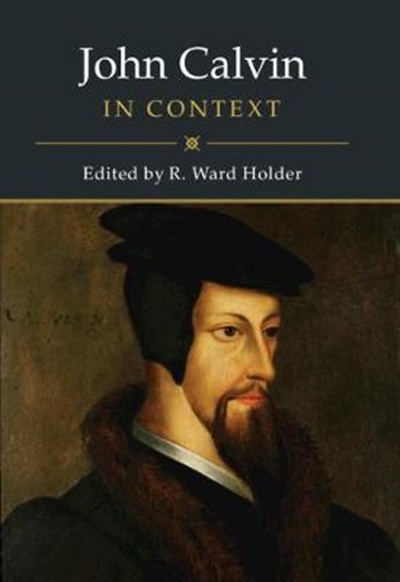 eBook FAQ
Add to Basket
Publisher: Cambridge University Press
ISBN: 9781108482400
Number of Pages: 246
Published: 05/12/2019
Width: 15.8 cm
Height: 23.5 cm
Description Author Information Reviews
John Calvin in Context offers a comprehensive overview of Calvin's world. Including essays from social, cultural, feminist, and intellectual historians, each specially commissioned for this volume, the book considers the various early modern contexts in which Calvin worked and wrote. It captures his concerns for Northern humanism, his deep involvement in the politics of Geneva, his relationships with contemporaries, and the polemic necessities of responding to developments in Rome and other Protestant sects, notably Lutheran and Anabaptist. The volume also explores Calvin's tasks as a pastor and doctor of the church, who was constantly explicating the text of scripture and applying it to the context of sixteenth-century Geneva, as well as the reception of his role in the Reformation and beyond. Demonstrating the complexity of the world in which Calvin lived, John Calvin in Context serves as an essential research tool for scholars and students of early modern Europe.

R. Ward Holder is Professor of Theology at Saint Anselm College, New Hampshire. He is the author of John Calvin and the Grounding of Interpretation: Calvin's First Commentaries (2005), and Crisis and Renewal: The Era of the Reformation (2009). He has edited Reformation Readings of Romans (2008), with Kathy Ehrensperger, A Companion to Paul in the Reformation (2009), and co-edited Emancipating Calvin: Culture and Confessional Identity in Francophone Reformed Communities (2017) with Karen Spierling and Erik de Boer. His current work focuses on Calvin's use of the theological tradition as a source for his own doctrinal formulations.