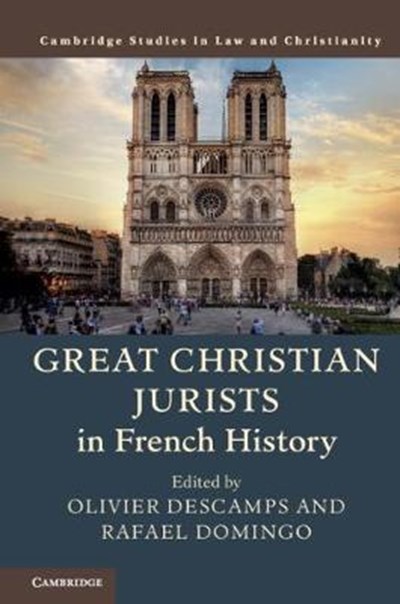 eBook FAQ
Add to Basket
Publisher: Cambridge University Press
ISBN: 9781108484084
Number of Pages: 498
Published: 16/05/2019
Width: 15.7 cm
Height: 23.5 cm
Description Author Information Reviews
French legal culture, from the Middle Ages to the present day, has had an impressive influence on legal norms and institutions that have emerged in Europe and the Americas, as well as in Asian and African countries. This volume examines the lives of twenty-seven key legal thinkers in French history, with a focus on how their Christian faith and ideals were a factor in framing the evolution of French jurisprudence. Professors Olivier Descamps and Rafael Domingo bring together this diverse group of distinguished legal scholars and historians to provide a unique comparative study of law and religion that will be of value to scholars, lawyers, and students. The collaboration among French and non-French scholars, and the diversity of international and methodological perspectives, gives this volume its own unique character and value to add to this fascinating series.

Olivier Descamps is Professor of law and legal history at the Pantheon-Assas University in Paris, France, and Managing Director of the Institute of Legal History of the French National Center for Scientific Research (CNRS) in Paris. A specialist in legal history, canon law, and comparative law, he has authored or edited five books, including Les sources du droit a l'aune de la pratique (2018) and Le statut du magistrat (forthcoming). Professor Descamps is coeditor of the Revue historique de droit francais et etranger, one of the leading journals in legal history worldwide. Rafael Domingo is the Spruill Family Research Professor at Emory University, Atlanta, and ICS Professor of Law at the Universidad de Navarra, Spain. A specialist in legal history, legal theory, ancient Roman law, and comparative law, he has authored or edited more than twenty books, including The New Global Law (Cambridge, 2010), God and the Secular Legal System (Cambridge, 2016), Roman Law: An Introduction (2018), and Great Christian Jurists in Spanish History (Cambridge, 2018).