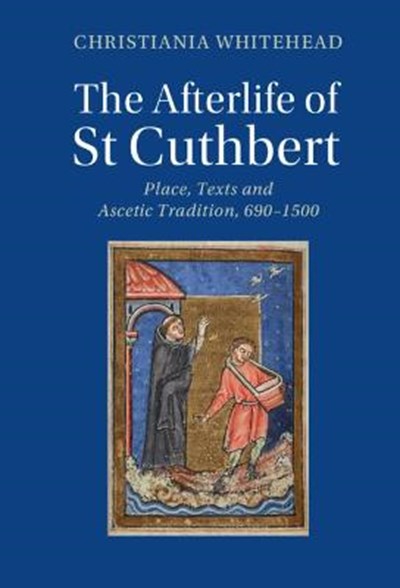 eBook FAQ
Add to Basket
Publisher: Cambridge University Press
ISBN: 9781108490351
Number of Pages: 350
Published: 17/12/2020
Width: 16 cm
Height: 24 cm
Description Author Information Reviews
This ambitious book presents the first sustained analysis of the evolving representation of Cuthbert, the premier saint of northern England. The study spans both major and neglected texts across eight centuries, from his earliest depictions in anonymous and Bedan vitae, through twelfth-century ecclesiastical histories and miracle collections produced at Durham, to his late medieval appearances in Latin meditations, legendaries, and vernacular verse. Whitehead reveals the coherence of these texts as one tradition, exploring the way that ideologies and literary strategies persist across generations. An innovative addition to the literature of insular spirituality and hagiography, The Afterlife of St Cuthbert emphasises the related categories of place and asceticism. It charts Cuthbert's conceptual alignment with a range of institutional, masculine, northern, and national spaces, and examines the distinctive characteristics and changing value of his ascetic lifestyle and environment - frequently constituted as a nature sanctuary - interrogating its relation to his other jurisdictions.

Christiania Whitehead is an Honorary Professor in the Department of English and Comparative Literary Studies at the University of Warwick, and a Senior Research Fellow in the Department of English at the University of Lausanne in Switzerland where she specialises in medieval religious literature. Her books include Castles of the Mind: a Study of Medieval Architectural Allegory (2003), The Doctrine of the Hert: A Critical Edition (co-ed.) (2010), Saints of North-East England, 600-1500 (co-ed.) (2017), and Middle English Lyrics: New Readings of Short Poems (co.ed.) (2018).