Founding and Fashioning a Paradigm 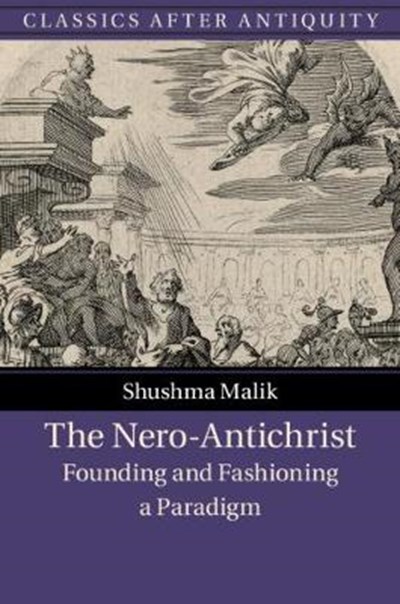 Founding and Fashioning a Paradigm

eBook FAQ
Add to Basket
Publisher: Cambridge University Press
ISBN: 9781108491495
Number of Pages: 242
Published: 16/04/2020
Width: 15.8 cm
Height: 23.5 cm
Description Author Information Reviews
It has traditionally been assumed that biblical writers considered Nero to be the Antichrist.. This book refutes that view. Beginning by challenging the assumption that literary representations of Nero as tyrant would have been easily recognisable to those in the eastern Roman empire, where most Christian populations were located, Shushma Malik then deconstructs the associations often identified by scholars between Nero and the Antichrist in the New Testament. Instead, she demonstrates that the Nero-Antichrist paradigm was a product of late antiquity. Using now firmly established traits and themes from classical historiography, late-antique Christians used Nero as a means with which to explore and communicate the nature of the Antichrist. This proved successful, and the paradigm was revived in the nineteenth century in the works of philosophers, theologians, and novelists to inform debates about the era's fin-de-siecle anxieties and religious controversies.

Shushma Malik is a Lecturer in Classics at the University of Roehampton. She has published book chapters and articles in international journals such as Classical Quarterly. Shushma has also featured as a guest on BBC Radio 3's The Sunday Feature: The Deluxe Edition and BBC Radio 4's In Our Time: Nero.