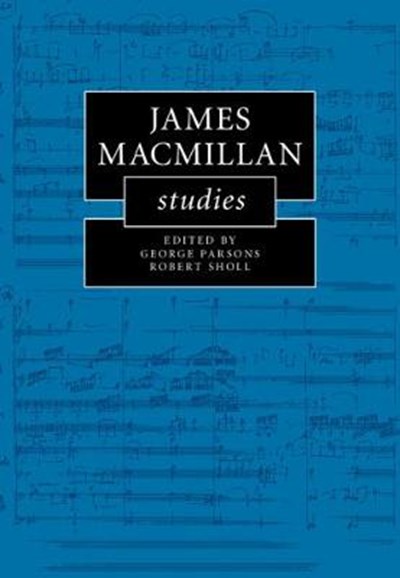 QTY
Add to Basket
Publisher: Cambridge University Press
ISBN: 9781108492539
Number of Pages: 300
Published: 06/08/2020
Width: 18 cm
Height: 25.2 cm
Description Author Information Reviews
The Scottish composer Sir James MacMillan is one of the major figures of contemporary music, with a world-wide reputation for his modernist engagement with religious images and stories. Beginning with a substantial foreword from the composer himself, this collection of scholarly essays offers analytical, musicological, and theological perspectives on a selection of MacMillan's musical works. The volume includes a study of embodiment in MacMillan's music; a theological study of his St Luke Passion; an examination of the importance of lament in a selection of his works; a chapter on the centrality of musical borrowing to MacMillan's practice; a discussion of his liturgical music; and detailed analyses of other works including The World's Ransoming and the seminal Seven Last Words from the Cross. The chapters provide fresh insights on MacMillan's musical world, his compositional practice, and his relationship to modernity.

George Parsons studied Music at the University of Oxford, where he was Organ Scholar at The Queen's College. He is a Fellow of the Royal College of Organists, an independent researcher and is currently training for Christian ministry at the London Seminary. Robert Sholl is a Professor of Music at the University of West London and teaches at the Royal Academy of Music. He is a performer and writer on music, specialising in twentieth-century music and publishing extensively in this area. He is editor of Contemporary Music and Spirituality (with Sander van Maas, 2016).