Class and Power in Roman Palestine

The Socioeconomic Setting of Judaism and Christian Origins 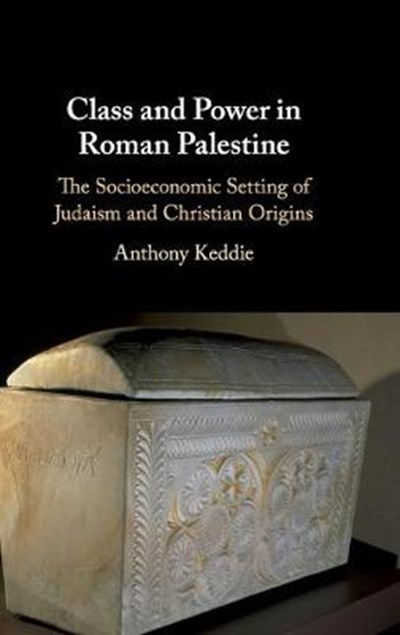 Class and Power in Roman Palestine

The Socioeconomic Setting of Judaism and Christian Origins

eBook FAQ
Add to Basket
Publisher: Cambridge University Press
ISBN: 9781108493949
Number of Pages: 374
Published: 03/10/2019
Width: 15.9 cm
Height: 23.5 cm
Description Author Information Reviews
Anthony Keddie investigates the changing dynamics of class and power at a critical place and time in the history of Judaism and Christianity - Palestine during its earliest phases of incorporation into the Roman Empire (63 BCE-70 CE). He identifies institutions pertaining to civic administration, taxation, agricultural tenancy, and the Jerusalem Temple as sources of an unequal distribution of economic, political, and ideological power. Through careful analysis of a wide range of literary, documentary, epigraphic, and archaeological evidence, including the most recent discoveries, Keddie complicates conventional understandings of class relations as either antagonistic or harmonious. He demonstrates how elites facilitated institutional changes that repositioned non-elites within new, and sometimes more precarious, relations with privileged classes, but did not typically worsen their economic conditions. These socioeconomic shifts did, however, instigate changing class dispositions. Judaean elites and non-elites increasingly distinguished themselves from the other, through material culture such as tableware, clothing, and tombs.

Anthony Keddie holds a M.A. from Yale Divinity School and a Ph.D. from the University of Texas, Austin. A former SBL Regional Scholar, Keddie is the author of Revelations of Ideology: Apocalyptic Class Politics in Early Roman Palestine (2018) and co-author of Jewish Fictional Letters from Hellenistic Egypt (2018).