The Politics and Aesthetics of Form in Late Antiquity 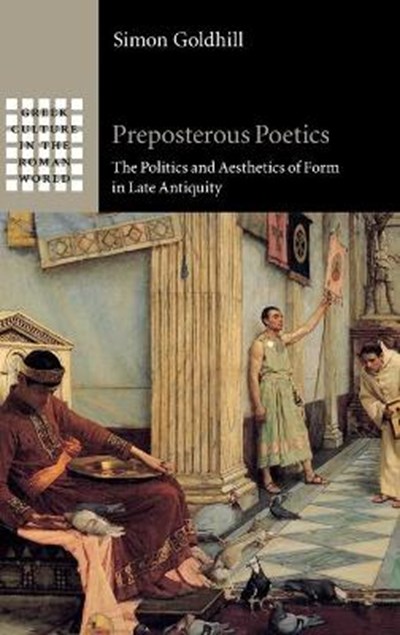 The Politics and Aesthetics of Form in Late Antiquity

eBook FAQ
Add to Basket
Publisher: Cambridge University Press
ISBN: 9781108494823
Number of Pages: 315
Published: 17/09/2020
Width: 16 cm
Height: 23.5 cm
Description Author Information Reviews
How does literary form change as Christianity and rabbinic Judaism take shape? What is the impact of literary tradition and the new pressures of religious thinking? Tracing a journey over the first millennium that includes works in Latin, Greek, Hebrew and Aramaic, this book changes our understanding of late antiquity and how its literary productions make a significant contribution to the cultural changes that have shaped western Europe.

Simon Goldhill is Professor of Greek at the University of Cambridge and a Fellow of King's College. He is one of the best-known writers on Greek literature and cultures, publishing almost twenty books and numerous articles on texts and topics from the whole span of antiquity and its reception, especially in the Victorian era. He has broadcast regularly on television and radio around the world, and has been profiled in newspapers from Brazil to Australia. His books have won three international prizes and been translated into ten languages.