Religious Violence in the Ancient World

From Classical Athens to Late Antiquity 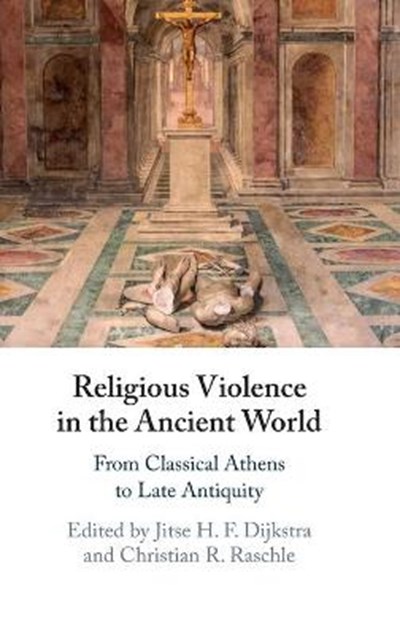 Religious Violence in the Ancient World

From Classical Athens to Late Antiquity

eBook FAQ
Add to Basket
Publisher: Cambridge University Press
ISBN: 9781108494908
Number of Pages: 400
Published: 01/10/2020
Width: 16 cm
Height: 24 cm
Description Author Information Reviews
Much like our world today, Late Antiquity (fourth-seventh centuries CE) is often seen as a period rife with religious violence, not least because the literary sources are full of stories of Christians attacking temples, statues and 'pagans'. However, using insights from Religious Studies, recent studies have demonstrated that the Late Antique sources disguise a much more intricate reality. The present volume builds on this recent cutting-edge scholarship on religious violence in Late Antiquity in order to come to more nuanced judgments about the nature of the violence. At the same time, the focus on Late Antiquity has taken away from the fact that the phenomenon was no less prevalent in the earlier Graeco-Roman world. This book is therefore the first to bring together scholars with expertise ranging from classical Athens to Late Antiquity to examine the phenomenon in all its complexity and diversity throughout Antiquity.

JITSE H.F. DIJKSTRA is Professor of Classics at the University of Ottawa. His research centres on the process of religious transformation in Late Antiquity, in particular in its Egyptian context. He is the author of numerous studies on the subject, including the monograph Philae and the End of Ancient Egyptian Religion. A Regional Study of Religious Transformation (298-642 CE) (2008). CHRISTIAN R. RASCHLE is Associate Professor of Roman History at the Universite de Montreal. He specializes in the history of the administration and political system of the Roman Empire, especially the reorganization of its provinces in Late Antiquity, and themes in the cultural history of the first century CE (Lucan).