Cambridge History of Religions in the Ancient World: Volume 1, From the Bronze Age to the Hellenistic Age 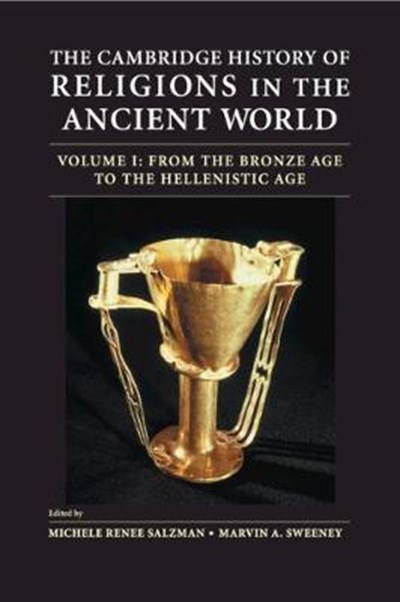 Cambridge History of Religions in the Ancient World: Volume 1, From the Bronze Age to the Hellenistic Age

QTY
Add to Basket
Publisher: Cambridge University Press
ISBN: 9781108703130
Number of Pages: 464
Published: 20/12/2018
Width: 15.3 cm
Height: 23 cm
Description Author Information Reviews
The Cambridge History of Religions in the Ancient World provides a comprehensive and in-depth analysis of the religions of the ancient Near East and Mediterranean world. The fourteen essays in Volume 1 begin in the third millennium BCE with the Sumerians and extend to the fourth century BCE through the fall of the Achaemenid Persian Empire and the demise of Alexander the Great. Its contributors, all acknowledged experts in their fields, analyze a wide spectrum of textual and material evidence. An introductory essay by the General Editor sets out the central questions, themes and historical trends considered in Volumes 1 and 2. Marvin A. Sweeney provides an introduction to the chapters of Volume 1. The regional and historical orientations of the essays will enable readers to see how a religious tradition or movement assumed a distinctive local identity, even as they view its development within a comparative framework. Supplemented with maps, illustrations and detailed indexes, the volume is an excellent reference tool for scholars of the ancient Near East and Mediterranean world.

Michele Renee Salzman is Professor of History at the University of California, Riverside. She is the author of three books and numerous articles, including On Roman Time: The Codex-Calendar of 354 and the Rhythms of Urban Life in Late Antiquity (1990), The Making of a Christian Aristocracy (2002) and (with Michael Roberts) The First Book of Symmachus' Letters (2011) - a translation, introduction and commentary. She is on the editorial board of the American Journal of Archaeology and on the Executive Committee of the American Academy in Rome. Marvin A. Sweeney is Professor of Religion at the Claremont School of Theology. He is the author of nine volumes and numerous studies, including 1 and 2 Kings: A Commentary (2007) and Form and Intertextuality in Prophetic and Apocalyptic Literature (2005). He is the Editor of Hebrew Studies, the founding Editor of the Review of Biblical Literature, Co-Editor of the Forms of the Old Testament Literature commentary series, Mitarbeiter for the De Gruyter International Encyclopedia of the Bible and CEO of the Ancient Biblical Manuscript Center for Preservation and Research.