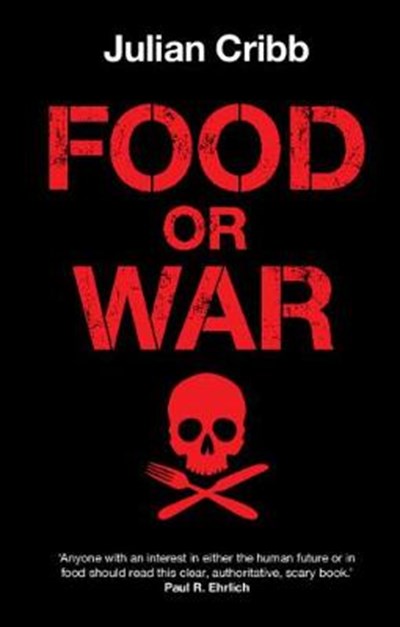 QTY
Add to Basket
Publisher: Cambridge University Press
ISBN: 9781108712903
Number of Pages: 350
Published: 03/10/2019
Width: 13.9 cm
Height: 21.5 cm
Description Author Information Reviews
Ours is the Age of Food. Food is a central obsession in all cultures, nations, the media, and society. Our future supply of food is filled with risk, and history tells us that lack of food leads to war. But it also presents us with spectacular opportunities for fresh human creativity and technological prowess. Julian Cribb describes a new food system capable of meeting our global needs on this hot and overcrowded planet. This book is for anyone concerned about the health, safety, affordability, diversity, and sustainability of their food - and the peace of our planet. It is not just timely - its message is of the greatest urgency. Audiences include consumers, 'foodies', policymakers, researchers, cooks, chefs and farmers. Indeed, anyone who cares about their food, where it comes from and what it means for them, their children and grandchildren.

Julian Cribb FRSA FTSE is an Australian author and science communicator. His career includes appointments as scientific editor for The Australian newspaper, director of national awareness for the Australian Commonwealth Scientific and Industrial Research Organisation (CSIRO), editor of several newspapers, member of numerous scientific boards and advisory panels, and president of national professional bodies for agricultural journalism and science communication. His published work includes over 9000 articles, 3000 science media releases and ten books. He has received thirty-two awards for journalism. His previous books include The Coming Famine (2010), Poisoned Planet (2014), and Surviving the 21st Century (2017). As a science writer and a grandparent, Julian Cribb is deeply concerned at the existential emergency facing humanity, the mounting scientific evidence for it and the deficit of clear thinking about how to overcome it.