Vatican in the Family of Nations 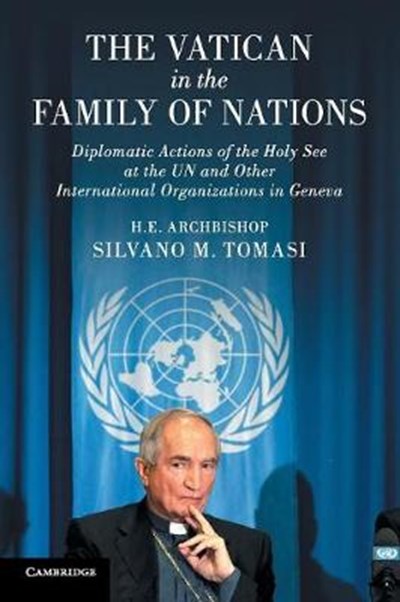 Vatican in the Family of Nations

QTY
Add to Basket
Publisher: Cambridge University Press
ISBN: 9781108717038
Number of Pages: 896
Published: 13/12/2018
Width: 15.3 cm
Height: 23 cm
Description Author Information Reviews
Based on a collection of statements delivered between 2003 and 2015, The Vatican in the Family of Nations provides a new understanding of the social doctrine and actions of the Catholic Church in international law and relations. These statements address contemporary issues that stir deep emotional responses, from disarmament, migrations, trade, and intellectual property to discrimination and freedom of conscience. This volume disputes irrational fears of newcomers, offers reasonable adaptations to allow for peaceful coexistence, and insists on investigating the root causes of today's conflicts and displacements. As an independent voice, the Holy See offers these reflections with the view of prioritizing the common good before confessional interests, even when their aims and ends converge. In this sense, this book is a unique collection in international literature on the intersection of theology, human rights and social issues, which opens courageous new paths for the future.

Archbishop Silvano M. Tomasi, C.S., Apostolic Nuncio, is a Member and Delegated Secretary of the Pontifical Council for Justice and Peace. He became a priest in New York in 1965 and holds a Ph.D. in Sociology from Fordham University, New York. A member of the Congregation of the Missionaries of St Charles-Scalabrinians, he served as Provincial Superior of their New York Province. He has worked and written in the area of migration, and has served as founding Director of the Center for Migration Studies of New York, as Director of Pastoral Care of Migrants and Refugees at the United States Conference of Catholic Bishops, Washington, as Secretary of the Pontifical Council for Migrants and Itinerants, Rome, as Nuncio in Ethiopia, Eritrea and Djibouti, and Observer to the African Union. He has been Holy See Permanent Observer to the United Nations Office and other International Organizations in Geneva from 2003 to 2016.