A Study in Greek Religion 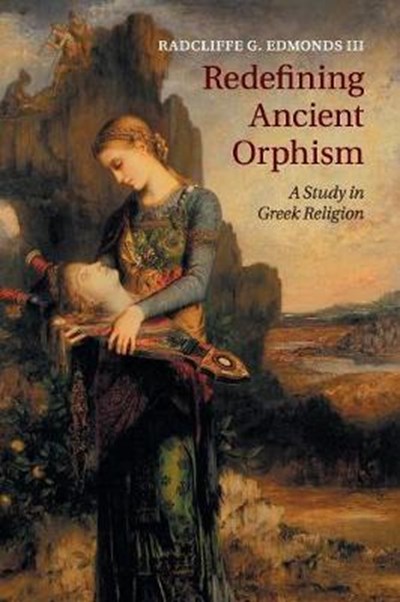 A Study in Greek Religion

QTY
Add to Basket
Publisher: Cambridge University Press
ISBN: 9781108730075
Number of Pages: 463
Published: 24/01/2019
Width: 15.2 cm
Height: 23 cm
Description Author Information Reviews
This book examines the fragmentary and contradictory evidence for Orpheus as the author of rites and poems to redefine Orphism as a label applied polemically to extra-ordinary religious phenomena. Replacing older models of an Orphic religion, this richer and more complex model provides insight into the boundaries of normal and abnormal Greek religion. The study traces the construction of the category of 'Orphic' from its first appearances in the Classical period, through the centuries of philosophical and religious polemics, especially in the formation of early Christianity and again in the debates over the origins of Christianity in the nineteenth and twentieth centuries. A paradigm shift in the study of Greek religion, this study provides scholars of classics, early Christianity, ancient religion and philosophy with a new model for understanding the nature of ancient Orphism, including ideas of afterlife, cosmogony, sacred scriptures, rituals of purification and initiation, and exotic mythology.

Radcliffe G. Edmonds III is Professor and Chair of the Department of Greek, Latin and Classical Studies at Bryn Mawr College, Pennsylvania. He is author of Myths of the Underworld Journey: Plato, Aristophanes, and the 'Orphic' Gold Tablets (2004) and editor of The 'Orphic' Gold Tablets and Greek Religion: Further along the Path (2011).