Genre of Acts and Collected Biography 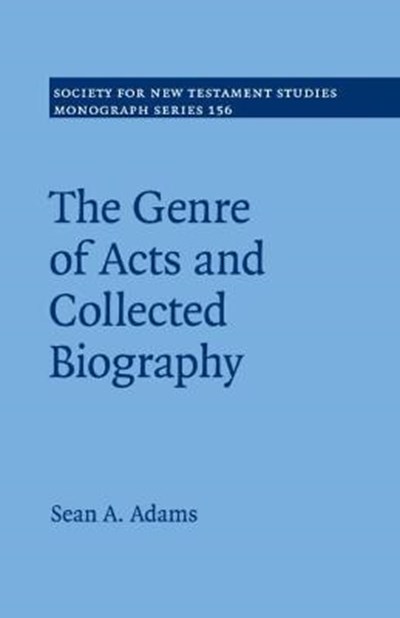 Genre of Acts and Collected Biography

QTY
Add to Basket
Publisher: Cambridge University Press
ISBN: 9781108733960
Number of Pages: 333
Published: 13/09/2018
Width: 14 cm
Height: 21.5 cm
Description Author Information Reviews
It is widely accepted by New Testament scholars that the Gospel of Luke and the Acts of the Apostles probably originated as two parts of one work by a single author. In spite of this, the books have been assigned to very different genres: Luke is traditionally viewed as a biography of Jesus, and Acts as a history of the early church. Comparing in detail the structure and content of Acts with the formal features of history, novel, epic and biography, Sean A. Adams challenges this division. Applying both ancient and modern genre theory, he argues that the best genre parallel for the Acts of the Apostles is in fact collected biography. Offering a nuanced and sophisticated understanding of genre theory, along with an insightful argument regarding the composition and purpose of Acts, this book will be of interest to those studying the New Testament, Acts, genre theory and ancient literature.

Sean A. Adams is British Academy Postdoctoral Fellow at the University of Edinburgh. He is co-editor of Issues in Luke-Acts (with Michael Pahl, 2012) and Paul and the Ancient Letter Form (with Stanley E. Porter, 2010), and is also the author of Baruch and Epistle of Jeremiah (2014).